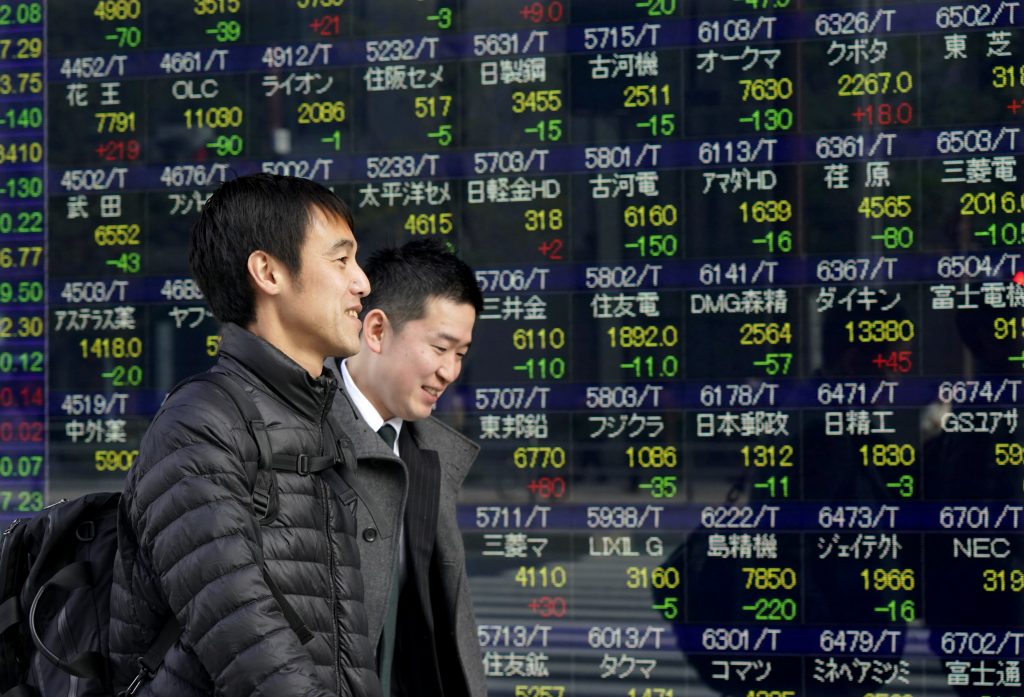 Asian stocks pulled back from a one-month high on Friday as the Federal Reserve looked set to deliver another interest-rate hike next month, paring gains made earlier this week after U.S. midterm elections triggered a global equities rally.

MSCI’s broadest index of Asia-Pacific shares outside Japan fell 1.3 percent and was headed for a loss of more than 1 percent for the week. On Thursday, the index hit its highest level since Oct. 8.

The Fed held interest rates steady on Thursday but remained on track to continue gradually raising borrowing costs, pointing to healthy economic prospects that were marred only by a dip in the growth of business investment.

The central bank has hiked U.S. interest rates three times this year and is widely expected to do so again next month.

The S&P 500 lost 0.25 percent and the Nasdaq shed 0.53 percent on Thursday after the Fed’s statement, and energy stocks were the biggest drag on the S&P as U.S. crude oil prices fell.

Wall Street shares spiked midweek following the U.S. midterm elections, on a relief rally as the vote did not deviate significantly from investor expectations.

“The Fed meeting outcome and its statement did not produce major surprises, but it managed to reinforce views that a rate hike is coming in December and this tempered equities,” said Masahiro Ichikawa, senior strategist at Sumitomo Mitsui Asset Management in Tokyo.

“The Fed statement came after a steep surge in equities and gave the markets an opportunity to sell into the rally.”

In currency markets, the dollar stood tall after advancing against its peers overnight, buoyed by higher Treasury yields and the Fed’s intent to continue tightening monetary policy.

The euro’s and yen’s decline helped the dollar index against a basket of six major currencies’ gain of 0.75 percent on Thursday. It last stood little changed at 96.764.

After the Fed statement, the two-year Treasury yield rose to 2.977 percent, the highest in 10½ years.

China’s yuan slipped to an eight-day low of 6.9497 per dollar in onshore trade, highlighting the diverging monetary policy outlooks for China and the United States.

“Trump’s administration will likely maintain a hawkish stance towards China, even though the Republicans lost the House during the midterm elections,” wrote Raymond Yeung, ANZ’s chief economist for greater China.

Crude oil prices struggled near eight-month lows as investors focused on swelling global crude supply, which is increasing faster than many had expected.

The market took stock of record U.S. crude production and signals from Iraq, Abu Dhabi and Indonesia that output will grow more quickly than expected in 2019.

Copper fell 2.5 percent this week, poised for its biggest weekly loss since mid-August, pressured by a stronger greenback, which makes it more costly for non-U.S. buyers of dollar-denominated commodities.