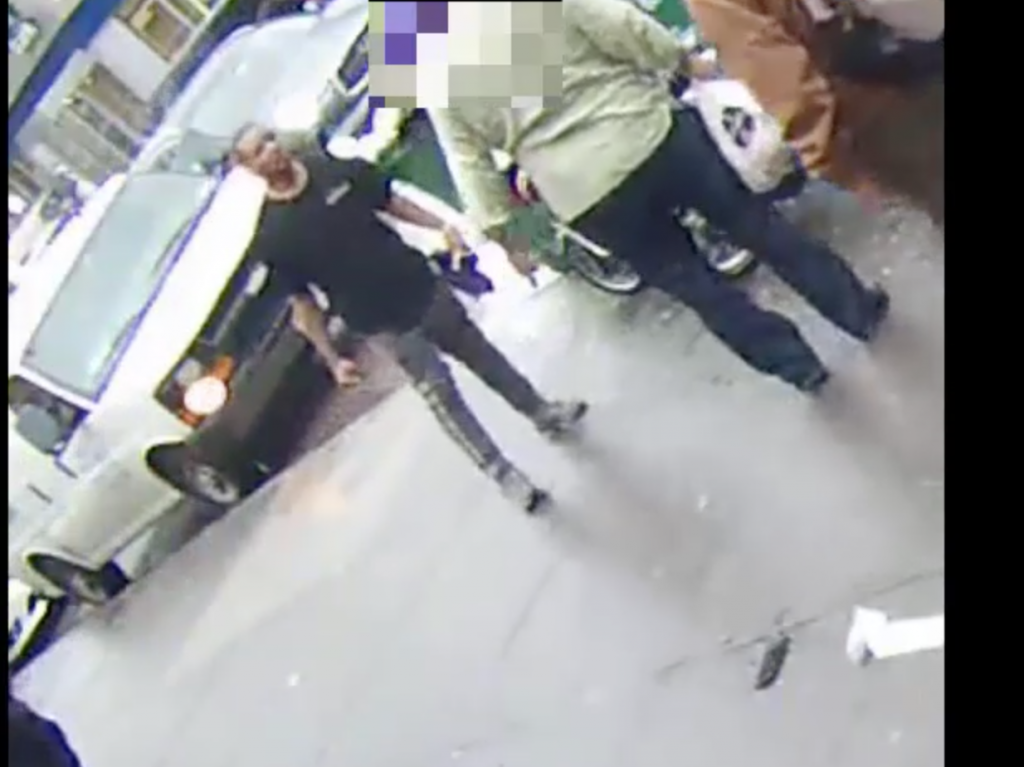 The NYPD is looking for an assailant in a seemingly unprovoked attack in Midwood this week.

The incident occurred at 3:15 p.m. Tuesday, on Avenue J between East 13th and East 14th Streets. Surveillance video shows the assailant walking down the street and saying obscenities as he passes a Hispanic woman. He continues walking, nears a man wearing a yarmulke, and suddenly punches and kicks the man while yelling the same obscenities. The NYPD is investigating the incident as a possible hate crime, though it appears that the assailant did not make any race-related comments.

The man is described as a black male, 5’11”, around 30 years old. During the assault, he was wearing a black T-shirt with the words “Stage Crew” on the back.