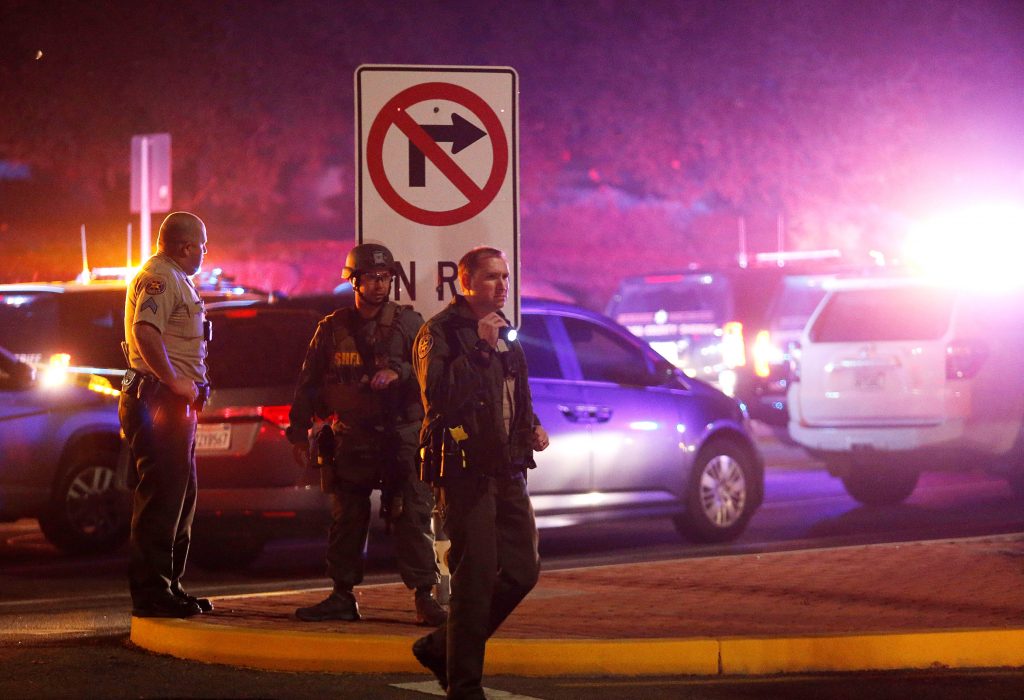 Authorities have identified the suspect in a mass shooting at a Southern California venue as 28-year-old Ian David Long.

Ventura County Sheriff Geoff Dean says Long is believed to have killed himself late Wednesday at the Borderline Bar and Grill in the city of Thousand Oaks.

Dean says his department had several previous contacts with the former Marine including a call to his home in April, when deputies found him acting irate and irrational.

The sheriff says a mental-health crisis team was called at that time and concluded that Long did not need to be taken into custody.

Long was found dead in the Borderline Bar and Grill after 12 people were shot to death late Wednesday.

Dean also said that Long was armed with a Glock 21, a .45-caliber handgun designed to hold 10 rounds plus one in the chamber.

One of those killed was sheriff’s Sgt. Ron Helus, who was cut down when he tried to enter the club with Highway Patrol officers responding to the gunfire. The others killed have not been identified.

One other person suffered a gunshot wound and as many as 15 others suffered minor injuries from jumping out windows and diving under tables.