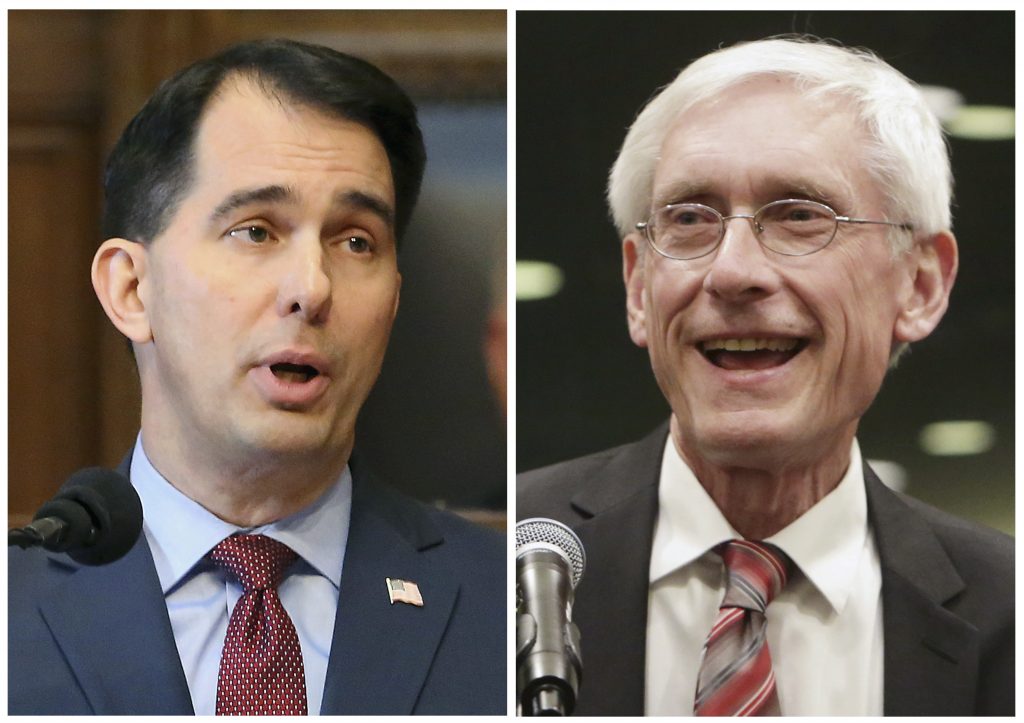 Walker says he called Evers on Wednesday to concede defeat. The two-term Republican incumbent had held off conceding because the race was so close, but his campaign decided Wednesday there were not enough votes in play to change the outcome.

Based on unofficial results, Evers won by about 31,000 votes.

Walker says in a statement that he offered the full support of his staff and Cabinet to Evers as he begins the transition.

Walker had expressed concern about 2,000 absentee ballots in Milwaukee that had been reconstructed due to errors or damage. But Walker’s campaign says in a statement that it determined there weren’t enough votes in question to change the outcome of the race.

Evers is slated to be sworn into office Jan. 7.