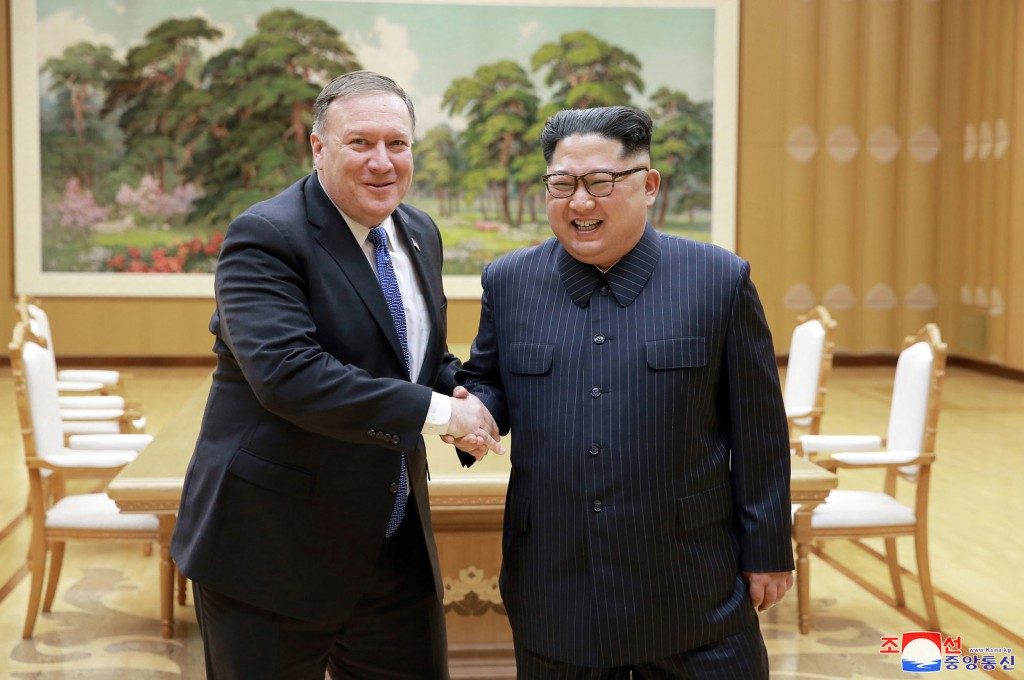 A meeting between U.S. Secretary of State Mike Pompeo and North Korean officials set for Thursday in New York has been postponed, the State Department said, but South Korea said the delay will not derail a second North Korea-U.S. summit.

Pompeo had been due to hold talks with senior North Korean official Kim Yong Chol, hoping to pave the way for a second summit between U.S. President Donald Trump and North Korean leader Kim Jong Un and make progress on denuclearization.

The meeting would be rescheduled “when our respective schedules permit,” the U.S. State Department said on Wednesday.

“Ongoing conversations continue to take place,” it said in a statement without elaborating. “The United States remains focused on fulfilling the commitments agreed to by President Trump and Chairman Kim at the Singapore summit in June.”

Kim and Trump pledged to work towards denuclearization at the June meeting, but the agreement was short on specifics. Negotiations have made little headway since, with the North falling short of U.S. demands for irreversible moves to abandon a weapons program that potentially threatens the United States.

“We don’t believe that the delay means the North Korea-U.S. summit won’t happen or momentum for the summit has been lost,” said South Korea’s presidential spokesman Kim Eui-kyeom.

A senior South Korean Foreign Ministry official said that although the rescheduling was regrettable, there was no need to “overthink the postponement.”

“I think we have to look at it as a part of the process of reaching complete denuclearization and setting up a peace regime,” the unnamed official told reporters.

Trump’s Republican party lost control of the House of Representatives on Tuesday after the Democrats rode a wave of dissatisfaction with his presidency at U.S. mid-term elections.

While Republicans maintained control of the Senate, the Democrats now have the opportunity to block Trump’s agenda and open his administration to intense scrutiny.

Some analysts suggest a domestically weakened Trump may impact his foreign policy and test his North Korean diplomatic gambit.

Democrats say they are determined to obtain more information about meetings between Trump and Pompeo and Kim, worried that Trump is so eager to make a “great deal” that he will give Kim too much with little in return.

North Korea has for years pursued nuclear and missile programs in defiance of U.N. Security Council and U.S. resolutions but the bellicose rhetoric from both the North and Trump has eased this year.