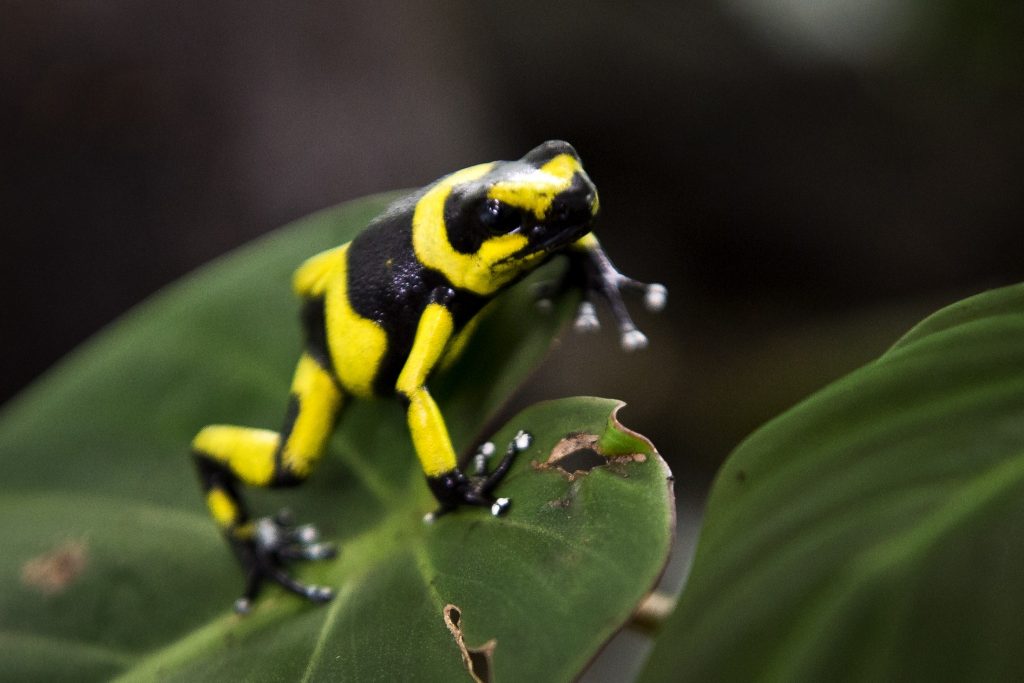 Police in Colombia’s capital have recovered 216 poisonous frogs from an airport bathroom and authorities say smugglers planned to illegally send them for sale in Germany.

Authorities announced Wednesday they’d found the frogs hidden in small film containers that were buried in a bag filled with clothes. The rescued amphibians include endangered species like the dark orange and black Lehmann’s poison frog.

The creatures can fetch $2,000 each on the illegal wildlife market. They are sought after by collectors and others hoping to obtain their venom.

The frogs are typically found in Colombia’s Chocó Department near the Pacific coast. Investigators believe the amphibians were transported by land but have not yet determined who is responsible.