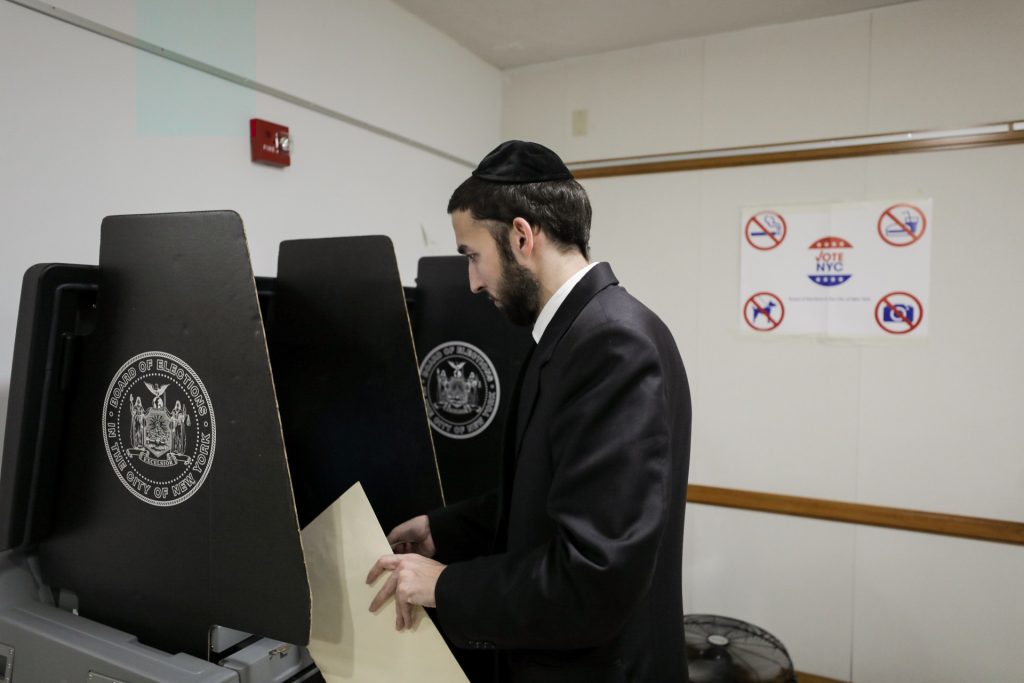 Running unopposed, Simcha Eichenstein was elected to the Assembly in Tuesday’s election, marking a generational shift as the 34-year-old prepares to replace Dov Hikind, who is retiring after 36 years in office.

Eichenstein, who would become the first Chassidic statewide official in the United States when he takes office in January, told Hamodia late Tuesday that he plans on having an open-door policy for constituents.

“My message is, my door will always be open to constituents who have issues and concerns to share,” he said.

Eichenstein said that his focus once in office will be the things he’s spoken about during the campaign.

“Everyone understands that there are the larger, big-ticket items that our community needs,” he said. “Our education system is under attack, housing is a major issue. But equally as important, what’s on people’s minds are the quality-of-life issues, such as sanitation, parking — all the super-local quality-of-life issues. As an elected official, these are equally important.

“But the most important thing for our community is to have a seat at the table, our voices should be heard, our issues should be considered, our values should be respected, and our way of life should be understood.”

He did not have an opponent, but he said that the reception he got from constituents during his campaign was “overwhelming.”

“People are walking up, they are so excited, they come with issues, requests, things to think about,” he said. And also support — sharing a brachah, offering support. The reception has been overwhelming. Even I’m surprised by it.”