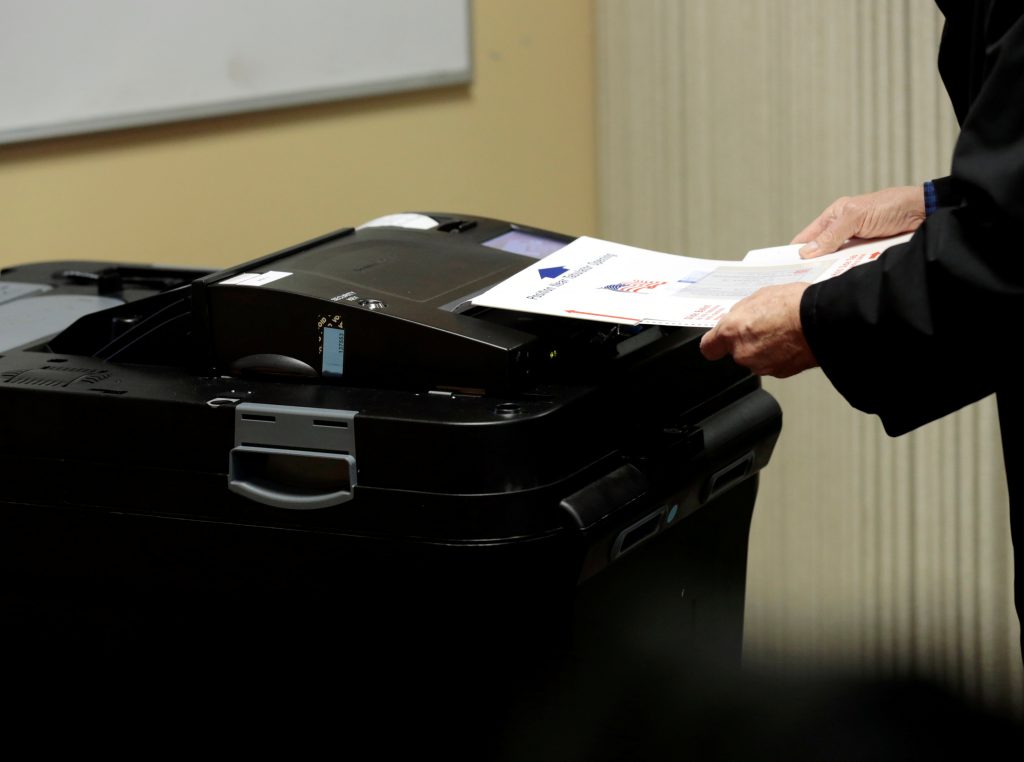 Problems with voting machines were preventing some Americans from casting ballots in a dozen states in Tuesday’s congressional elections, U.S. rights advocates said, following complaints about registration problems, faulty equipment and intimidation they have received throughout early balloting.

Democrats and advocacy groups said they have been grappling with a diverse crop of new voting restrictions for these elections, which will determine whether Republicans keep control of the U.S. Congress. Thirty-six governorships and hundreds of state offices are also up for grabs.

A U.S. Department of Homeland Security official told reporters the agency had received reports of “sparse” voting technology failures, but said that so far they appeared to have had no significant impact in preventing people from voting.

Broken voting machines were reported in at least 12 states by noon (1700 GMT) on Tuesday, according to an “election protection” coalition of more than 100 groups that set up a national hotline for reporting irregularities.

In Georgia, where the election included a tight, bitter race for governor, the state sent investigators to look into problems with digital poll books, said state spokeswoman Candice Broce. Some voters were given provisional ballots instead of using regular voting machines, she said.

Postal worker Shirley Thorn, 56, said technical problems caused her to wait more than four hours at a polling station in Snellville, Georgia, to cast her ballot.

“I was determined I was going to cast my ballot today because it’s a very important election,” Thorn said.

Rights groups say provisional ballots are less reliable than regular ballots because they require information about voters to be verified before the votes are counted.

“We’re fully prepared to mount emergency litigation to push back against some of the systemic problems that sometimes rear their heads in our elections,” said Kristen Clarke, head of the Lawyers’ Committee for Civil Rights Under Law, which leads the election protection coalition.

The committee said it planned to demand that Maricopa County, Arizona, extend hours at polling places where systemic issues such as problems with voting machine printers caused the polls to open late or not at all.

Civil rights groups have already been locked in litigation with several states over voting restrictions that were passed in the lead-up to Tuesday’s election.

North Dakota introduced a voter ID requirement that Native Americans say discriminates against them; Kansas and Georgia moved polling locations, and changes in Tennessee registration laws led to people being removed from the voting lists.

Advocacy groups said the changes stack the deck against minority voters who are likely to support Democratic candidates.

Each of those hotly contested states’ top election officials have said the changes were made to protect against voter fraud and accommodate budgetary constraints, not to suppress voting.

Independent studies have found that voter fraud is extremely rare in the United States.

“We’re seeing a tug of war for the soul of this country,” said Jamal Watkins, who leads civic engagement at the National Association for the Advancement of Colored People, or NAACP, a member of the committee.

Referring to the state officials usually charged with overall supervision of elections, he added: “It’s become the norm for a secretary of state who’s conservative to use their position to suppress the vote, and that means we’ve hit a crisis point in our democracy.”

The intense political environment has led to a surge in interest from people offering to help monitor polling stations.

Hotline traffic in recent weeks was higher than in the previous U.S. midterm elections in 2014, said Marcia Johnson-Blanco, an official with the Lawyers’ Committee.

Common Cause said it has signed up more than 6,500 volunteers, compared to 3,000 in the 2016 presidential election.