Community How People in Your New York Neighborhood Voted
Community 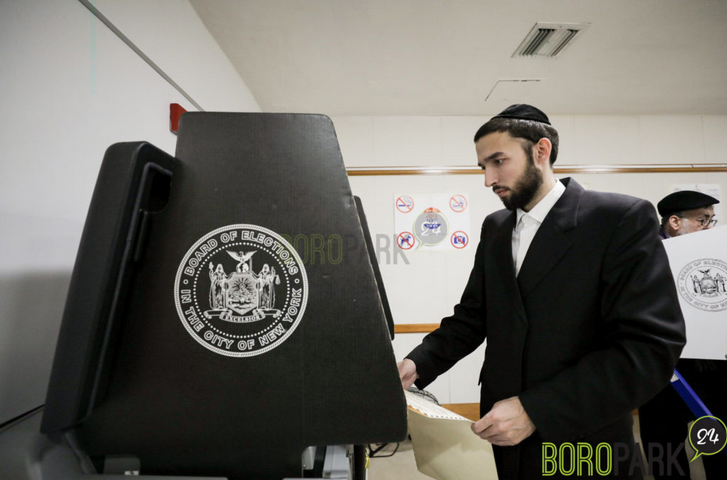 Simcha Felder and Simcha Eichenstein – That’s whom my kehillah, Bobov, said I should vote for.

Simcha and Simcha; otherwise Republican down the line. Because I am pro-Donald Trump, and he wants us to vote Republican.

I have never voted. My father, like many other Holocaust survivors, always insisted that people do their best not to have their names written down on any government documents. So for kibbud av, I never registered to vote. But I allow my children vote.

Simcha and Simcha and Cuomo. Don’t ask me why; I voted Democrat down the line.

Simcha Felder, because of his mentshlichkeit and dedicated service to our community over the years. I have dealt with him personally and know of his admirable qualities first-hand.

I voted for Gov. Cuomo, in view of his assistance to the Jewish community in the past. Recalling now Cuomo’s unimpressive performance in debating his opponent and disinterest in discussing the real issues, I regret not familiarizing myself more with his opponent’s views.

I think Cuomo is doing a fine job. I never heard of Molinaro.
I think Gillibrand is a good senator. There is nothing wrong with her; who said someone else is better? She is doing a good job. I have heard no complaints.

Simcha and Simcha; otherwise all Republicans. Because my father told me to.

I don’t remember every vote I cast, and I frankly should have done more research ahead of time; I would have if I weren’t so busy. I acknowledge that the city did what it could to ensure that the voting public was educated about who was running and what they stood for. I appreciated that the proposals on the back of the ballot were summarized; it enabled me to make informed decisions, at least on that score.

Molinaro, because Cuomo is a true talmid of Efron: Emor harbeh v’afilu me’at aino oseh. Keith Wofford for attorney general, because James said she’ll make life miserable for Trump. Farley, because Gillibrand is too close to Israel-haters for her own good.

I voted for the Conservative Party down the line.

Marc Molinaro. I used to think highly of Cuomo, but he has recently become too self-assured about his position; he seems to have thought that debating his opponents prior to the election was beneath his dignity. That makes me think of him as stale and burned out. We don’t need leadership like that.

Aaron from Lower East Side

Naomi Levin, because Nadler voted for the Iran nuclear deal. Simcha Felder, because everything about him is great. I also voted for Farley and Molinaro — mostly Republican down the line. I am a registered Democrat but have Republican values

Republican, straight down the line, even though I wasn’t familiar with every single candidate. I want to thank our Republican president for his courageous leadership. And we hope the Democratic party takes note that they have abandoned a significant portion of Americans with their liberal policies.

Simcha Felder, who is a real fighter for the needs of our community. On the statewide races and in the congressional race, I cast a protest vote, writing in the name of a friend. The reality is that on every level — whether for governor, senator or Congress, even the candidates running on the Conservative and Republican lines have positions on moral issue that are an anathema to Torah Jews.

Molinaro, because he is not Cuomo. Felder, because he has a great track record for the Jewish community. Farley, because I do not trust Gillibrand. But I don’t know if Farley is going to be effective (I also don’t think she’s going to win; she has no name recognition).

Keith Wofford for attorney general — I saw a photo of him at Ohel Chabad, and he is on the Conservative line.