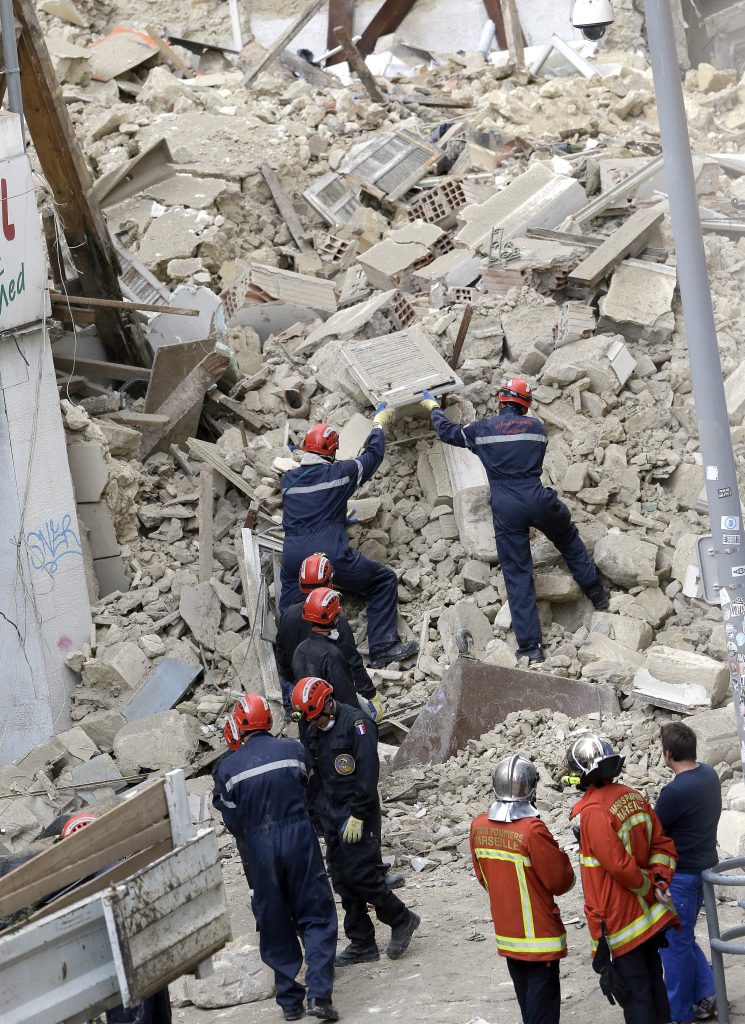 Rescuers in the southern French city of Marseille found the bodies of four people in the ruins of two collapsed buildings as the search for victims and survivors continued into a second night.

A woman’s body was recovered from the rubble, Marseille prosecutor Xavier Tabareux said Tuesday evening. The bodies of two men and another woman were found earlier in the day.

French Interior Minister Christophe Castaner said “air pockets” under the debris meant there’s “hope to locate and find someone that can be saved.”

Castaner said at the site that 120 police officers and 80 firefighters took part in the search-and-rescue operation, working day and night in the pile of beams and rubble.

The two buildings, one apparently vacant and the other housing apartments, collapsed Monday at 9 a.m. local time, on a street close to Marseille’s famous Old Port on the Mediterranean Sea.

Authorities said the vacant building had been deemed substandard. It was not immediately clear why they collapsed, or how many people the apartment building housed.

Fire crews working with sniffer dogs later brought down the remains of a third building they feared could topple over on them.

Images of the buildings before they collapsed showed that one had five floors and the other six. In the spot where they had stood, a large gap appeared once the dust and debris settled.