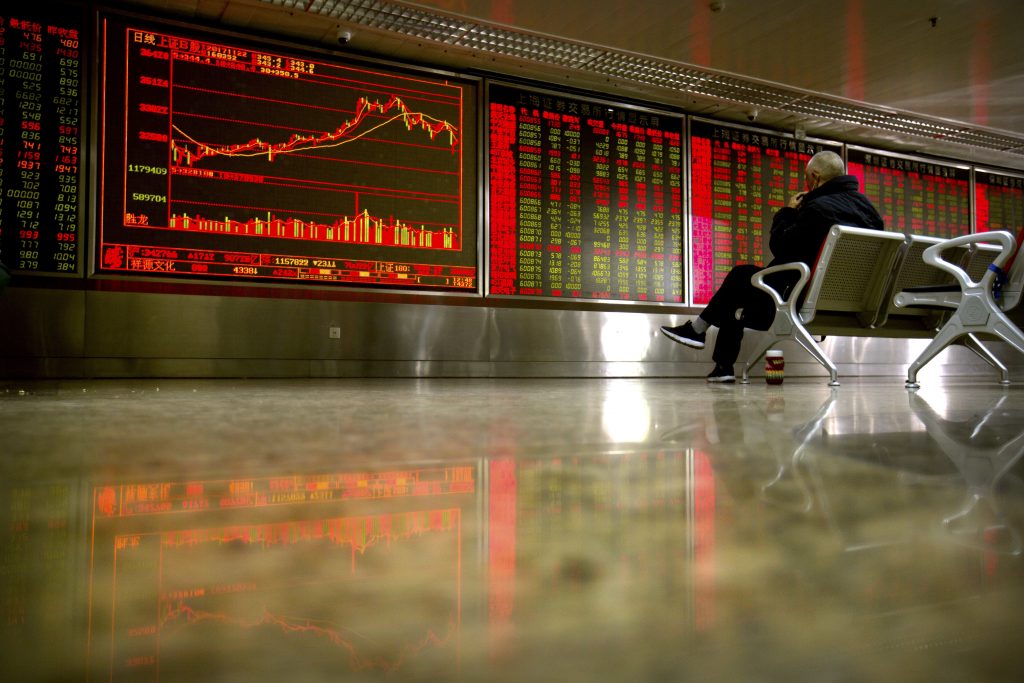 European shares followed Asia lower as investors readied for U.S. congressional midterm elections on Tuesday, while sterling briefly climbed on a newspaper report that a Brexit agreement was imminent.

Oil prices fell as the reimposition of U.S. sanctions against Iran’s fuel exports was softened by waivers that will allow some countries to still import Iranian crude, at least temporarily.

U.S. stock futures were down 0.3 percent amid concerns a trade deal between the United States and China may not be struck soon.

“After a four-day rally people tend to become a bit exhausted – and just generally I feel like everyone’s on hold until the (end-November) G-20 and also the Fed coming up,” said Gregory Perdon, chief investment officer at Arbuthnot Latham.

“Our sense is absolutely that there’s a lot of cash on the sidelines right now.”

President Xi Jinping acknowledged conditions abroad had created some challenges for the Chinese economy, but promised to lower import tariffs and continue to broaden market access.

“The market hasn’t been paying as close attention as they might normally because they’ve been a bit distracted by the specter of a trade war. But the policy response out of China has been massive,” said Arbuthnot Latham’s Perdon.

With the Federal Reserve meeting on Wednesday and Thursday, the prospect of even tighter U.S. monetary policy after strong economic data is also on investors’ minds.

Markets are now pricing in a higher probability of a December rate hike with further tightening to 2.75-3.00 percent seen through 2019.

“This … has slowed growth and raised risks around the world,” they wrote.

Investors were also cautious ahead of the U.S. midterm elections.

Opinion polls show a strong chance the Democratic Party could win control of the House of Representatives after two years of wielding no practical political power in Washington, with Trump’s Republican Party likely to hold the Senate.

Sterling briefly jumped to a two-week high on hopes of a Brexit deal, before paring gains to trade up 0.2 percent at $1.2990.

A Sunday Times report that an all-U.K. customs deal will be written into the agreement governing Britain’s withdrawal from the European Union drove the pound to $1.3062, its highest since Oct. 22.

PM May’s office said the report was speculative, but that 95 percent of the withdrawal agreement was settled and negotiations were ongoing.

The dollar index that measures it against a basket of major currencies was little changed. The euro held flat at $1.1389.