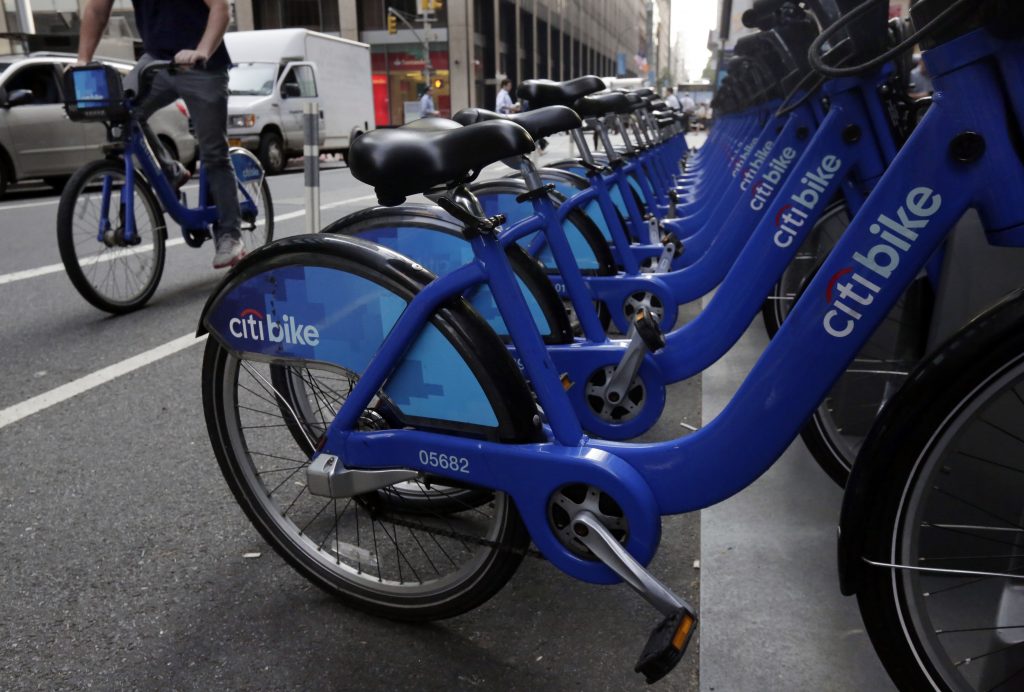 Ride-share companies are capitalizing on voter enthusiasm ahead of Tuesday’s midterm elections by offering free or discounted rides to the polls in shared cars, bikes and scooters.

They say they are aiming to remove what many consider a barrier to voting: lack of transportation.

Midterm elections are often marked by low voter turnout, but political watchers are expecting voter angst over which party will control the U.S. House and Senate, as well as lingering anger by both major parties over Supreme Court Justice Brett Kavanaugh’s confirmation, to drive more Americans to cast votes.

“This midterm election season has gotten in the bloodstream of the American people in a way that has not happened before,” said Stephanie Young, spokeswoman for When We All Vote, a nonprofit that has partnered with Uber and Lyft to get voters to the polls.

When We All Vote is co-chaired by Michelle Obama and helps people register and vote. The organization is technically nonpartisan, but several on its list of celebrity co-chairs have been vocal critics of President Donald Trump.

Lyft is also working with Voto Latino — whose co-founder Rosario Dawson has urged voters to choose Democrats to combat Trump’s immigration policies — as well as nonprofit organizations that help blind people and student veterans to distribute discount codes and identify where free rides are needed. Lyft’s efforts have been promoted on social media by celebrities.

Uber is offering $10 off rides to the polls across the country and added a feature in its app that helps customers find their polling stations by typing in a home address.

“In this critically important election, we want to do our part and use Uber’s technology to help drive the vote,” said Uber CEO Dara Khosrowshahi in an email. “Decisions get made by those who show up and we believe Uber can help voters show up like never before.”

Zipcar, which allows members to rent cars on an hourly basis, is offering a $20 credit on election night, enough to cover about two hours of driving, said spokeswoman Katelyn Chesley. Zipcar has been offering discounts for election-related rides since the company was founded in 2000, Chesley said.

“There’s a lot of people who have really busy schedules during the daytime, and we just really want to make sure every last voice is heard,” Chesley said.

This is the second time Lyft has offered discounted or free rides to the polls and Uber’s first.

In 2016, 15 million eligible voters cited transportation as a key reason why they didn’t vote, according to The Center for Information and Research on Civic Learning and Engagement at Tufts University, so “we want to use our platform to eliminate that pain point from the voting process,” said Mike Masserman, head of social impact at Lyft, in an email.

Motivate, which operates most of the bike share programs in the U.S., is offering free day passes to ride bikes on Election Day in nine of its markets for the first time. Lime is offering free rides on its bikes and scooters.

Uber is cleaning up its public relations image in preparation for an initial public offering next year, and the Election Day promotion is “a clear sign of extending goodwill to consumers while deploying clever marketing tactics,” said Rohit Kulkarni, managing director of private investment research at SharesPost.

“Let’s not forget that these companies have had a lot of clashes with communities, and this is sort of a nice way for then to show their support for communities,” said Mike Ramsey, senior research director at Gartner. “They’re probably touching into the Zeitgeist that these elections are very important to a lot of people on both sides.”