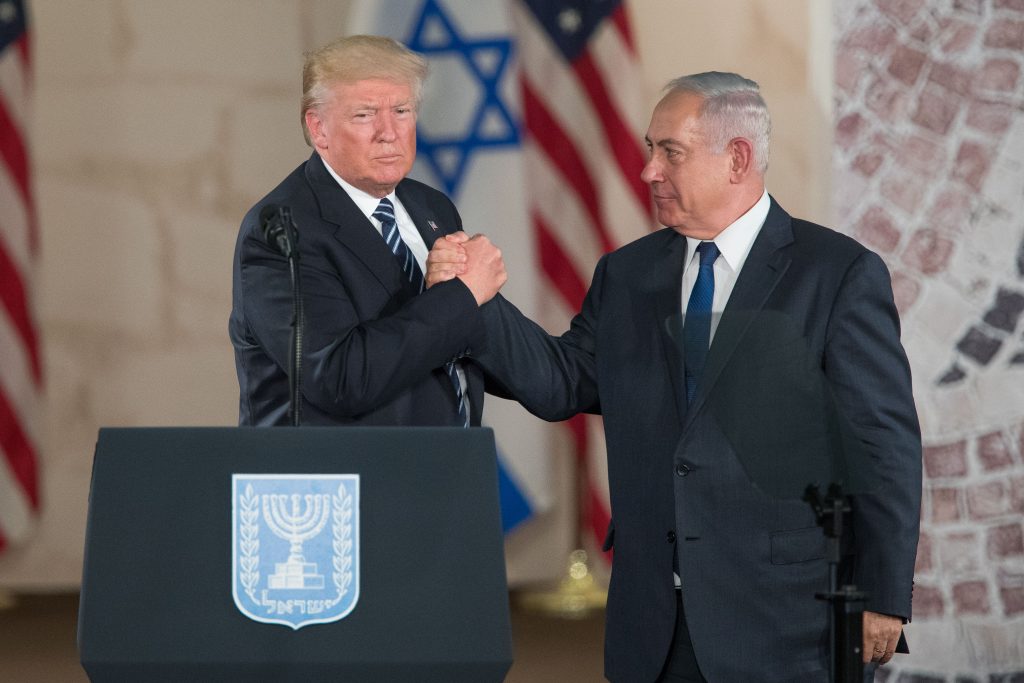 “This day is an historic day,” Netanyahu said in public remarks to legislators from his Likud party.

“I would like to again thank U.S. President Donald Trump for the courageous, determined and important decision. I think this contributes to stability and security and peace.”

This followed comments from another official last week that Iran had uncovered a new generation of Stuxnet, a virus which was used against the country’s nuclear program more than a decade ago.

“Thanks to our vigilant technical teams, it failed,” he said on Twitter. Iran would take legal action against Israel at international bodies, he added, without giving details.

His deputy Hamid Fattahi said more details would be revealed in the coming days, the semi-official Tasnim news agency reported.

Stuxnet, which is widely believed to have been developed by the United States and Israel, was discovered in 2010 after it was used to attack a uranium enrichment facility at Iran’s Natanz underground nuclear site.

It was the first publicly known example of a virus being used to attack industrial machinery.

“Recently we discovered a new generation of Stuxnet which consisted of several parts … and was trying to enter our systems,” Jalali was quoted as saying by the semi-official ISNA news agency. He gave no further details.

In 2013, researchers at Symantec Corp uncovered a version of the Stuxnet that was used to attack the Iranian nuclear program in November 2007.