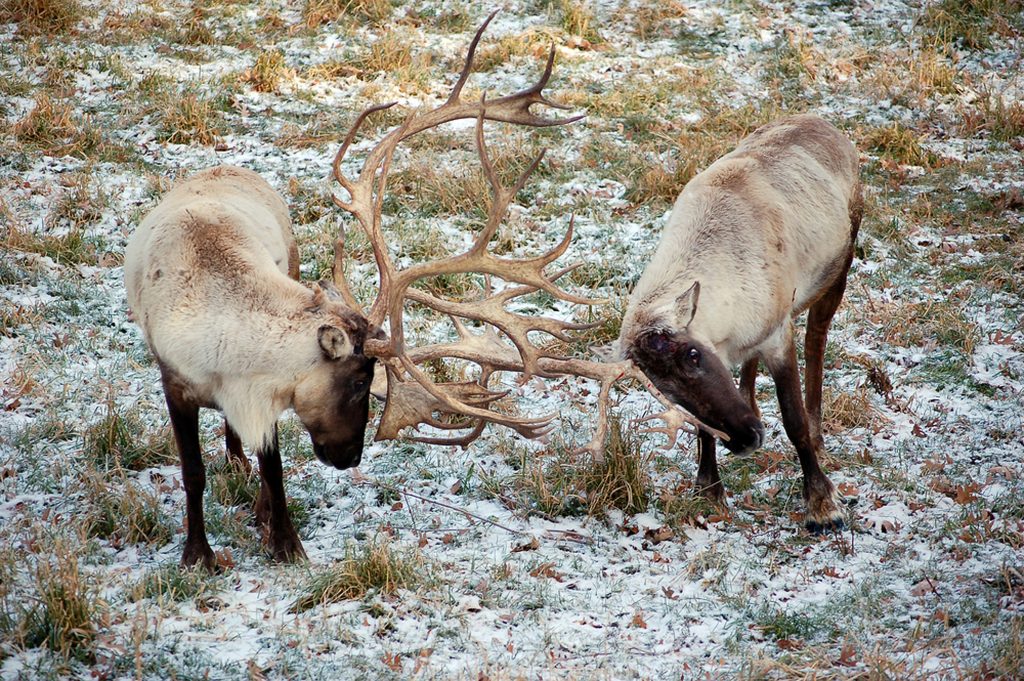 The six mountain caribou remaining in the lower 48 states will be relocated farther north into Canada, a move that ends decades of efforts to reintroduce the large animals into Idaho and Washington state.

The Spokesman Review says biologists hope to breed the few survivors of the South Selkirk herd in captivity north of Revelstoke, British Columbia.

“This is what extinction looks like, and it must be a wake-up call for wildlife and habitat managers in both Canada and the United States,” said Joe Scott, international programs director for Conservation Northwest.

The news “marks the tragic end of an era,” he said.

Mountain caribou were listed as an endangered species in the U.S. in 1983.

The Kalispel Tribe in Washington state has been involved in a breeding project to try and expand the herd, but the project failed.

The South Selkirk herd ranged along the crest of the Selkirk Mountains near the Canada border. About 14 other herds that include an estimated 1,400 mountain caribou, wander the tundra farther north of the border.

Known as Grey Ghosts because of how rarely they are seen, the South Selkirk caribou use their wide feet to stand on top of deep snow and eat lichen that grows high in old-growth forests.

Bart George, a wildlife biologist for the Kalispels, hopes the herd can start expanding again in Canada and that caribou will spill into the U.S.

In 2009, George said, the South Selkirk herd had 46 animals and was increasing every year before wolves entered the region.

“That’s been our primary source of mortality that we’ve known about,” George said.

Logging roads and increased snowmobiling also played a part in the demise of the herd.

“We really didn’t mobilize until it was too late,” George said.