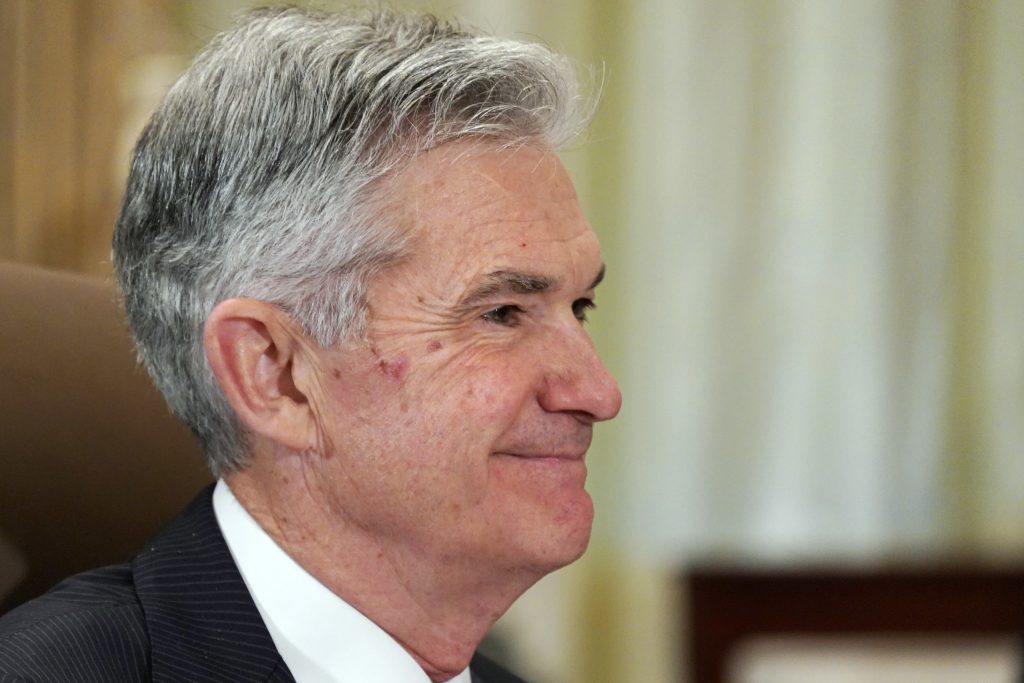 With the economy strong, wages rising and unemployment at a near-five-decade low, the Federal Reserve remains on track to keep raising interest rates — just not this week.

After the Fed’s latest policy meeting, it’s expected to signal a healthy outlook for the economy but to hold off on any further credit tightening, most likely until December. A rate hike in December would mark the fourth this year.

Further rate increases are expected in 2019, though just how many is a subject of speculation. On the eve of Congress’ midterm elections, the U.S. economy remains vigorous even in its 10th year of expansion — the second-longest such stretch on record.

In deciding how fast or slowly to keep raising rates, the Fed will be monitoring the pace of growth, the job market’s strength and gauges of inflation for clues as to how the economy may evolve in the coming months. The brisk pace of economic growth — a 3.5 percent annual rate in the July-September quarter, after a 4.2 percent rate in the previous quarter — has raised the risk that inflation could begin accelerating.

In its most recent forecast, the Fed projected that it would raise rates three additional times in 2019. Some economists, though, foresee only two hikes. Others expect economic growth to remain solid and the job market strong and that the Fed will decide that four rate increases will be justified next year to guard against high inflation. At 3.7 percent, the unemployment rate is already at its lowest level since 1969.

“The Fed is going to have to continue raising rates next year because the unemployment rate is going to keep falling to close to 3 percent, well beyond full employment,” said Mark Zandi, chief economist at Moody’s Analytics. “There is nothing but green lights for more rate hikes straight ahead.”

On Friday, the government reported that the economy added a sizable 250,000 jobs in October and that average pay rose 3.1 percent over the previous 12 months — the sharpest year-over-year gain in nearly a decade. That’s welcome news for workers. But it’s a trend that may raise concern that accelerating wages will help fuel undesirably high inflation.

Chairman Jerome Powell has stressed that the Fed is determined to follow a middle-of-the-road approach: Keep gradually nudging up rates to control inflation but avoid tightening too aggressively and perhaps triggering a recession.

“They are walking a tightrope,” said Diane Swonk, chief economist at Grant Thornton.

The Fed has raised rates three times this year, lifting its benchmark rate to a range — 2 percent to 2.25 percent — that is still low by historical standards. Most economists think the statement the Fed will issue Thursday after its policy meeting ends will hint at another imminent increase, likely in December.

The Fed’s policymakers have stressed, and most economists agree, that these small quarter-point increases amount to a gradual pace of credit tightening. But President Donald Trump has sharply disagreed, and since the stock market started tumbling last month, he has attacked the Fed’s rate hikes as well as Powell’s leadership. Trump’s public criticism has aroused concern that he is intruding on the central bank’s long-respected political independence and its need to operate free of outside pressure.

At the same time, the nervousness among stock investors reflects the reality that the Fed’s steady march toward higher rates is removing a key factor that has underpinned the bull market in stocks: The richer returns that investors could achieve in stocks than in bonds or savings accounts.

Fed critics had charged that the central bank was creating a bubble in stocks that would eventually pop with disastrous results. President Trump, who has often invoked high stock prices as evidence that his economic policies are succeeding, has made clear his disagreement. He has called the Fed, with its string of rate increases, “my biggest threat.”

Powell, who was Trump’s hand-picked choice to lead the Fed, has avoided responding directly. The chairman has instead expressed determination to pursue the Fed’s mandate of maximizing employment and stabilizing prices without regard to political considerations.

To that end, Swonk, like Zandi, suggests that the Fed will raise rates four times next year because she thinks the economy will slow only slightly. Other analysts foresee a more significant slowdown as the tariffs Trump has imposed on many imports begins to depress growth.

“The economic outlook will not be strengthening next year; it will be weakening, not only in the U.S. but also globally,” said Sung Won Sohn, chief economist at SS Economics.

Sohn said he thinks the Fed may decide to tighten credit only once or twice in 2019.

David Jones, the author of books about the Fed, said he thinks that after December, the central bank will raise rates twice more in 2019 and then stop. Jones said he bases that forecast on his belief that the Fed won’t want to lift rates above what it sees as the “neutral” level. This is the point at which the Fed’s key rate is thought to neither stimulate the economy nor restrain it.

The median assessment of Fed officials has pegged the neutral rate at 3 percent. One more rate increase this year and two more in 2019 would leave the Fed’s benchmark rate at a range of 2.75 percent to 3 percent.

“I think Powell is determined to get to neutral and then see how the economy performs,” Jones said.