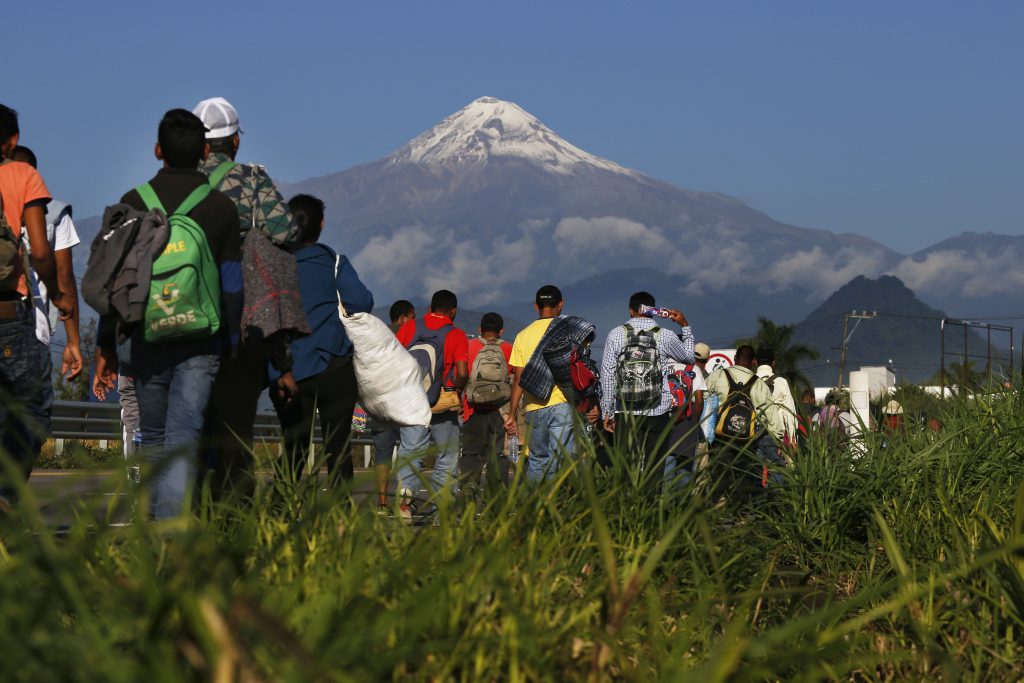 Thousands of Central American migrants traveling in a caravan arrived in the Mexican capital Monday and began to fill up a sports stadium, still hundreds of miles from their goal of reaching the U.S. a day before midterm elections in which President Trump has made their journey a central campaign issue.

By afternoon, 2,000 or more had arrived at the Jesus Martinez stadium, which has a capacity of about three times that, and eagerly began sifting through donations of clothes, gave themselves sponge baths, lunched on chicken and rice under the shade of tents, and picked up thin mattresses to hunker down for the night.

Many went to medical tents to get treatment for blistered and aching feet, illness and other maladies. “Since we got here, we have not stopped,” said Tania Escobar, a nurse with Mexico City’s public health department.

Several thousand more migrants were trudging along the highway between the city of Puebla and the capital, catching a lift from passing vehicles when possible.