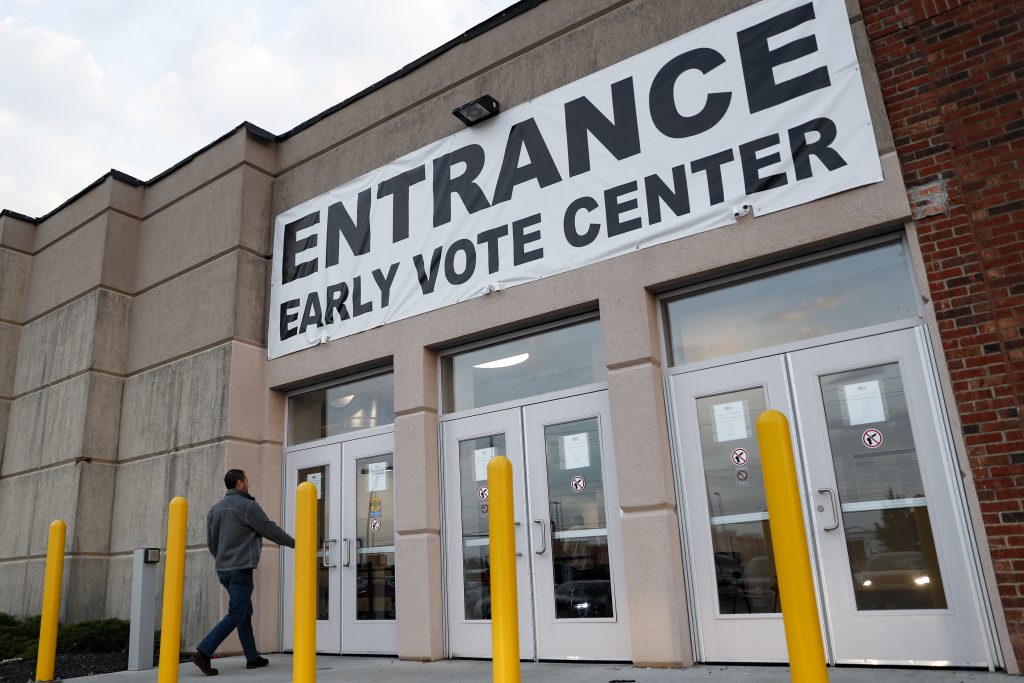 Voters across the country have been crowding into polling places and mailing in ballots in numbers rarely seen in an off-year election.

In some states, more people are on track to cast ballots in early voting than in the entire election in 2014. In Texas, one such state, hundreds of thousands of new voters have already participated. Democrats hope that surge indicates that their Senate candidate, Beto O’Rourke, may be succeeding in mobilizing a crucial demographic.

But Republicans are also energized, turning out in larger numbers than Democrats so far in Florida, for example, where a cliffhanger race for governor features a Donald Trump acolyte competing against a progressive who would be the state’s first African-American governor.

The picture in California so far is more status quo. The state has at least a half dozen hotly contested congressional districts, which could play a big role in whether Democrats take back a majority in the House. But in the rest of the state, the lack of a close race at the top of ticket is holding down turnout, said Paul Mitchell, vice president of Political Data, which compiles voter data in the state.

California was one of the country’s pioneers in widespread early voting, and at this point, a large majority of voters get their ballots in the mail and either send them back or drop them at a polling station. About 3 million ballots were cast in the state by Friday.

Nationwide, as early voting was coming to a close in many states Friday, more than 30 million ballots had already been cast. Turnout is hitting a pace closer to what’s typically seen in presidential elections. It has the potential to be the highest in an off-year election since 1966.

“When you look at some of these states, the numbers are eye-popping,” said Michael McDonald, a political science professor at the University of Florida and one of the country’s leading experts on voting patterns.

Midterm elections typically draw far fewer voters than presidential contests. In 2016, about 60 percent of voting-eligible Americans cast ballots, according to McDonald’s compilations of state data. In 2014, only 37 percent voted — the lowest turnout in years. The trends so far indicate that close to half of those eligible will vote this time, McDonald estimated.

Because Democrats rely heavily on the votes of younger people and minorities, who are less consistent in their voting than are older whites, their candidates usually benefit from a higher turnout.

As a result, Democrats hope that the numbers so far point to a much-ballyhooed “blue wave,” but they are reluctant to say so. Misinterpretation of early voting trends in 2016 led to embarrassment after Donald Trump’s surprise victory.

Early voting figures can easily mislead. States release a trove of data about the voters — information on their party affiliations, voting history, age and so on. But no one knows what candidates they are voting for. Nor can anyone be sure whether people who vote early are the same voters who would have otherwise shown up Tuesday.

In Texas, both O’Rourke and incumbent Sen. Ted Cruz suggested the state’s huge early turnout would boost their campaigns. Texas is still a deeply conservative place, and more voters coming to the polls can only mean more support for him, Cruz suggested in a CBS “60 Minutes” segment released Friday.

O’Rourke said much the same on the show: “The more people who show up, the better we do.”

If current trends hold, about 3 million more people will vote this year in Texas than did in the last midterm, in 2014, said Tom Bonier, CEO of TargetSmart, a Democratic data firm tracking early voting.