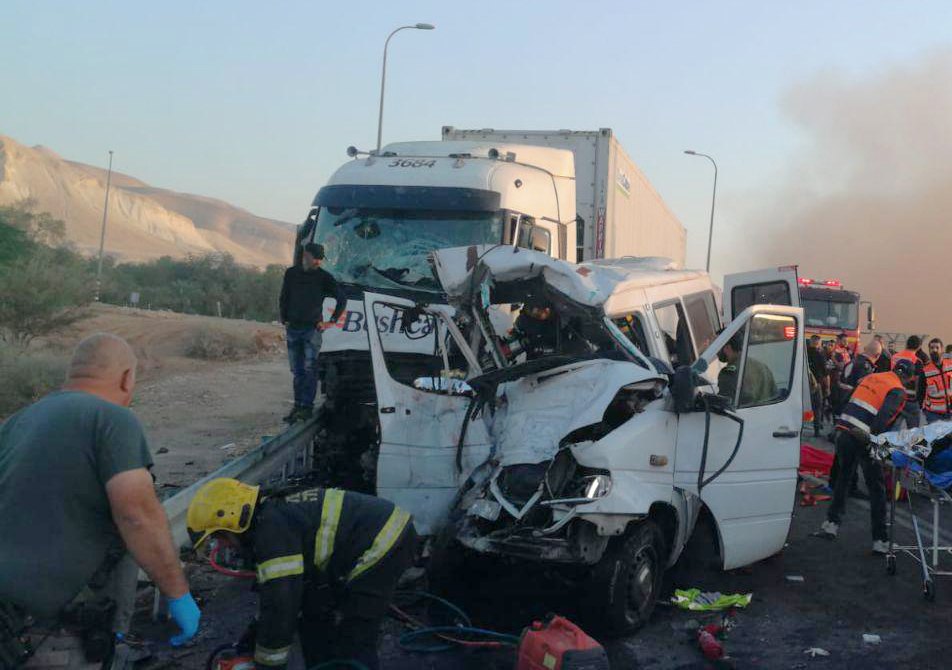 Seven Arabs were killed in a head-on collision between a truck and a minibus on Route 90 in the Jordan Valley Sunday morning.

Four others were injured in the accident. Paramedics treated the victims who were then airlifted to Tel Hashomer Hospital, Beilinson Hospital in Petach Tikvah and Hadassah Ein Kerem Hospital in Yerushalayim for further treatment.

The minibus was reportedly shuttling a group of Palestinian men to their workplace.

Police have detained the truck driver and launched an investigation into the accident.

Last week, eight members of the Atar family, z”l, from Psagot were killed in an accident on Route 90 in the Dead Sea region.

The driver who hit the Atar family’s car was arrested and the court has extended his remand.