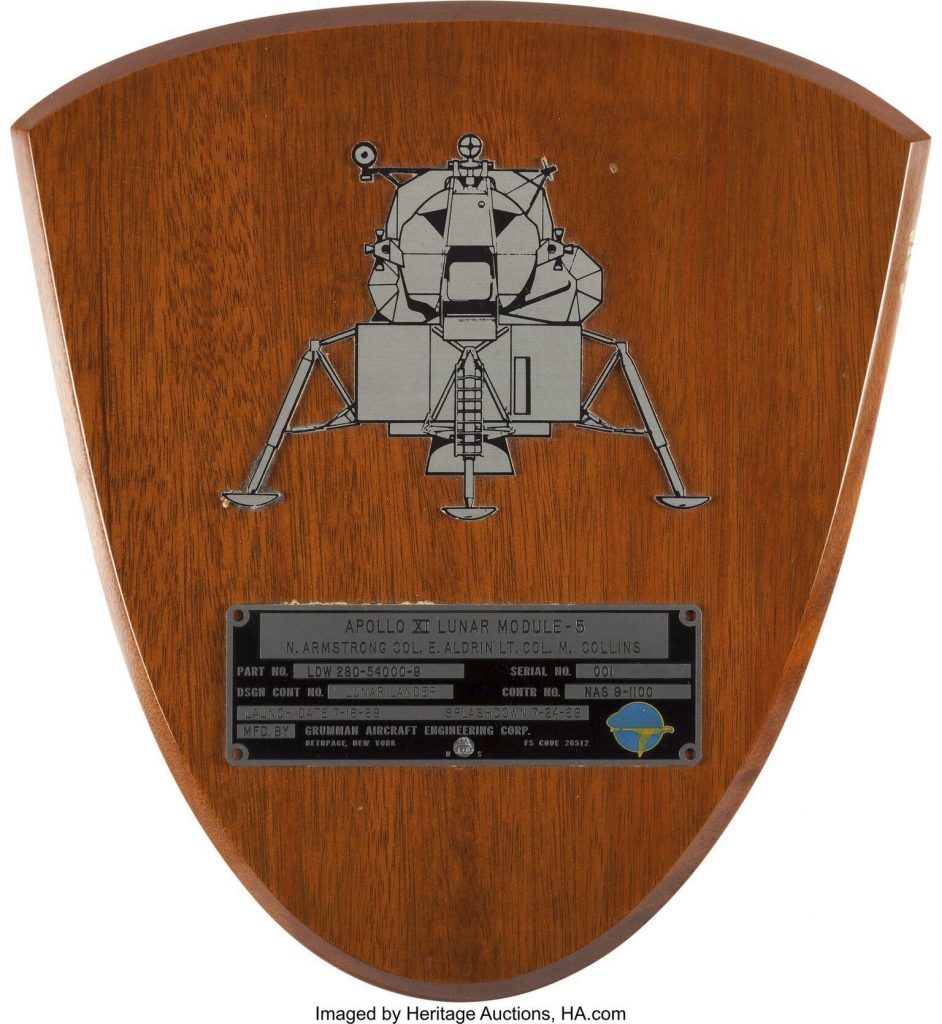 Memorabilia that belonged to the first man to set foot on the moon, Neil Armstrong, has fetched more than $7.4 million at auction.

Dallas-based Heritage Auctions says the item that sold for the highest price, $468,500, at Saturday’s auction, was Armstrong’s spacecraft ID plate from Apollo 11’s lunar module Eagle. Also sold were a fragment from the propeller and a section of the wing from the Wright brothers’ Flyer, the first heavier-than-air self-powered aircraft; each sold for $275,000.

The flight suit Armstrong wore aboard Gemini 8, the 1966 mission that performed the first docking of two spacecraft in flight, brought the astronaut’s family $109,375.

Meanwhile, in a separate auction, a gold-colored Navy aviator’s helmet once owned by John Glenn, the first American to orbit the earth, sold for $46,250.