Israel Goldins Backtrack: Eisenkott Didn’t Say Our Son Could Be Home in a Week
Israel 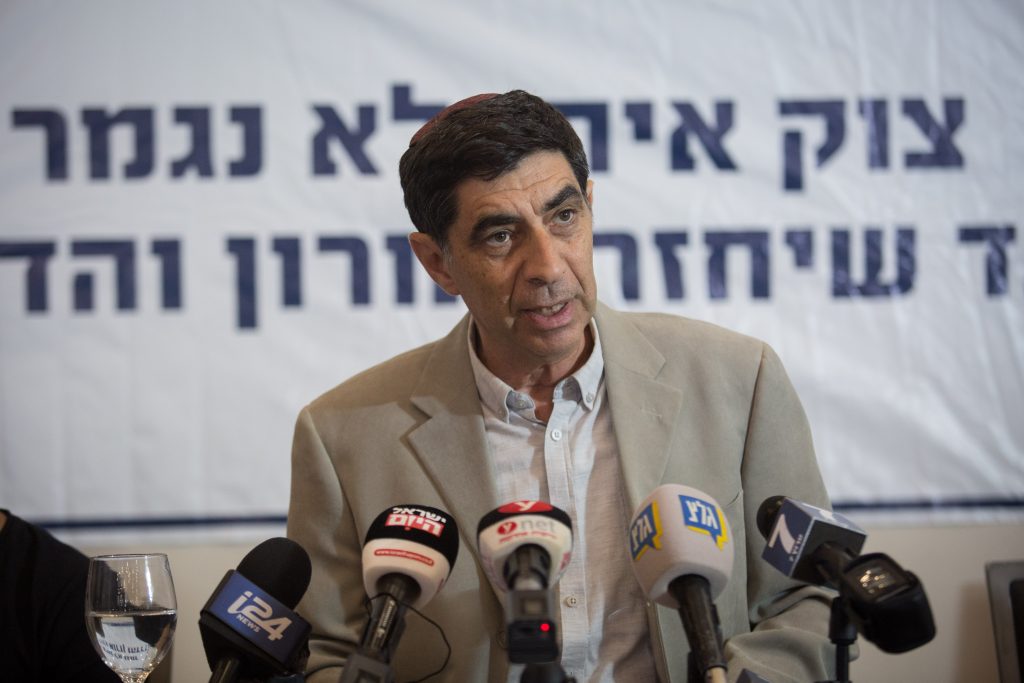 If Israel wanted to, it could get back its missing soldiers and civilians in the hands of Hamas “within a week,” the family of IDF soldier Hadar Goldin, Hy”d, said Motzoei Shabbos. The Goldins met with IDF Chief of Staff Gadi Eisenkott on Friday, they said in a press release Motzoei Shabbos, and at the meeting the IDF official told them that Israel was doing all it could to bring home the remains of Goldin and Oron Shaul, Hy”d, as well as two other Israelis, including IDF soldier Avram Mengistu and civilian Hisham al-Sayed – telling them that if not for politics, the IDF could bring the Israelis home within days.

The IDF said in a statement Motzoei Shabbos that “the comments were only partially accurate, and do not characterize what was discussed at the meeting.” On Sunday, the family backtracked somewhat, with the father of Hadar, Simcha Goldin, telling Army Radio that “we believed we understood what the Chief of Staff was saying. It is possible to say that his comments were taken out of context.”

In their statement, the Goldin family said that the return of the Israelis was dependent on the political echelon. If the government willed it, the IDF would be able to engineer their return within a week. “It was a difficult meeting, and we came to the conclusion that Prime Minister Binyamin Netanyahu does not want to bring our soldiers home,” the statement said. “This is the third time Netanyahu has played with our emotions, and has cheated us. He has agreed to allow Gaza terrorists to get their salaries without ensuring the return of our children,” the family said, referring to the passage of funds from Qatar into Gaza last week to pay the salaries of Hamas terrorists.

Now that talk of a ceasefire is on the table, the Goldins said they were redoubling their demands. “We ask that Israelis demand that the prime minister and defense minister keep their promises to us that they will not enter into an arrangement with Hamas without the return of our soldiers. All projects regarding Gaza – water, food, sanitation, medicines – must be halted until our soldiers and civilians are returned.”

“The Chief of Staff is my son’s commander,” Simcha Goldin said Sunday. “We greatly value what he has been doing, given the situation he has been presented with – families on the one side, and politicians on the other. We have a very good and clear channel of communication with him. He is doing what he can to bring our boys home, the question is how this ceasefire agreement fits into that.”