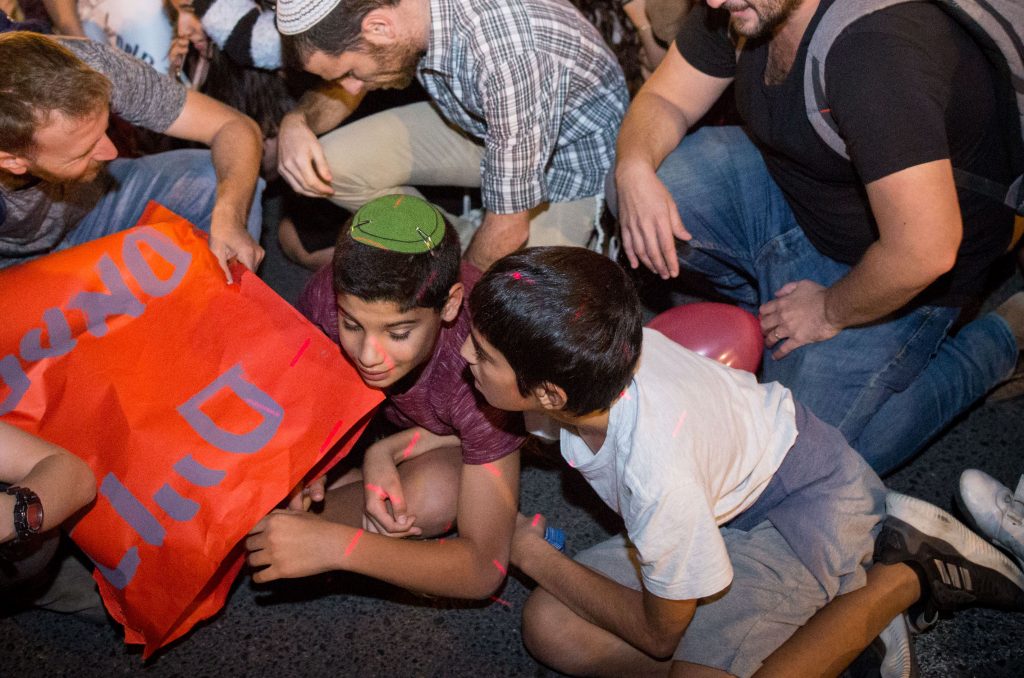 Gaza border area residents were again blocking the entrance to the Kerem Shalom crossing into Gaza Sunday morning, as dozens of high-school students began a march from their homes in the border area to the Knesset, in protest over the ongoing terror emanating from Gaza.

In a message released Motzoei Shabbos, the group of teens said that “our demands are to have a normal childhood. We want to concentrate on our studies, on friends and activities, and not have to worry about our younger siblings cringing in bomb shelters. We want to have the same childhood experiences as do children in Petach Tikvah, Merom Golan, Or Akiva or Eilat. We demand change, practical solutions and a better future.”

The march comes on the background of reports that a deal to reduce violence in the border area is imminent. Weekend reports in the Arab media pointed to a deal in which “quiet would be answered with quiet,” with Israel easing the restrictions on Gaza in return for an end to rioting at the border. Under the deal brokered by Egypt, Hamas would end the balloon terror attacks and rioting at the border, while Israel would undertake a number of steps to ease the humanitarian situation in Gaza, including expanding the fishing zone off the Gaza coast, allowing more gas and fuel into Gaza, enabling the United Nations to continue with infrastructure and construction projects that are already underway, allowing the flow of funds from Qatar for the payment of Hamas terrorists’ salaries, and possibly a release of Israelis held by Hamas in return for the release of terrorists being held in Israeli prisons.

Israel Radio reported Sunday that the heads of the Gaza balloon terror corps had declared that they were halting their attacks in order to allow for progress in the Egyptian-directed negotiations. The declaration was made in an official notice distributed throughout Gaza. The halt was being coordinated with the leaders of Hamas, and would remain in place as long as progress towards the ceasefire was being made, the notice said.