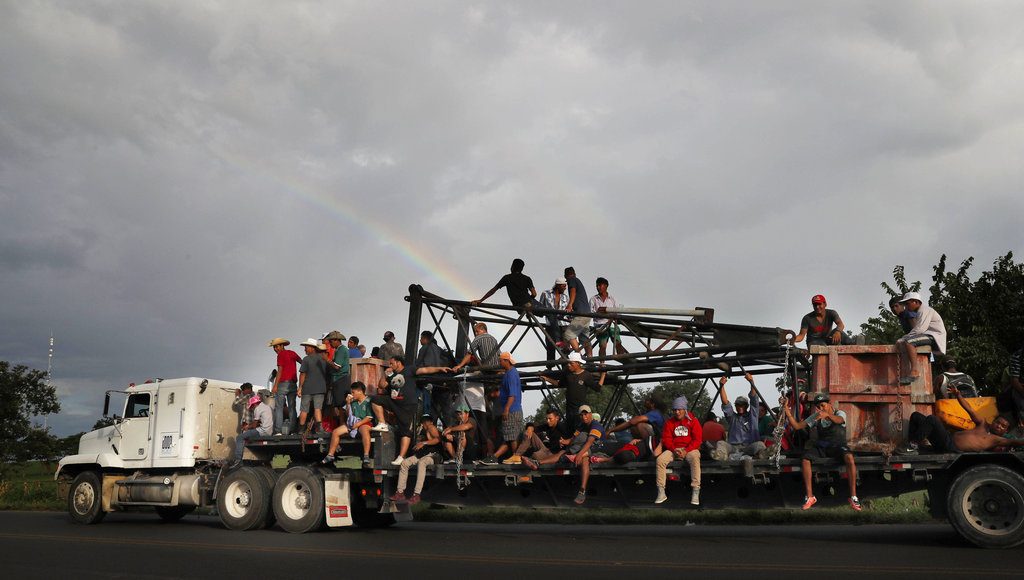 Thousands of Central American migrants traveling in a caravan through southern Mexico resumed their journey Saturday toward the United States by hitchhiking and walking along highways.

A day prior, a state governor reneged on a brief offer to provide dozens of buses to take them to Mexico City more quickly.

Gov. Miguel Angel Yunes announced Friday evening that authorities in the Gulf coast state of Veracruz would be providing humanitarian assistance to the migrants and buses to leapfrog them to the country’s capital.

But almost immediately afterward, Yunes released a second video saying that it would not be correct to send the migrants to Mexico City because the city’s water system was undergoing maintenance and 7 million of its people would be without water over the weekend. The maintenance has been known about for weeks.

Migrants expressed disappointment at the decision before setting out by their own means for La Isla, a town about 43 miles (70 kilometers) away.

Members of the 4,000-strong caravan of Central American migrants winding their way toward the U.S. border lambasted Mexican officials for directing them northward through the Gulf Coast state of Veracruz, calling it “the route of death.”

The group said in a statement that some migrants branched off on their own Saturday in the belief that they were near the metropolises of Puebla and Mexico City, where they aimed to rest and receive medical attention after three weeks on the road.

A trek via the sugar fields and fruit groves of Veracruz takes the travelers through a state where hundreds of migrants have disappeared in recent years, falling prey to kidnappers looking for ransom payments.

Authorities in Veracruz said in September they had discovered remains from at least 174 people buried in clandestine graves. Some security experts have questioned whether those bodies belonged to migrants.