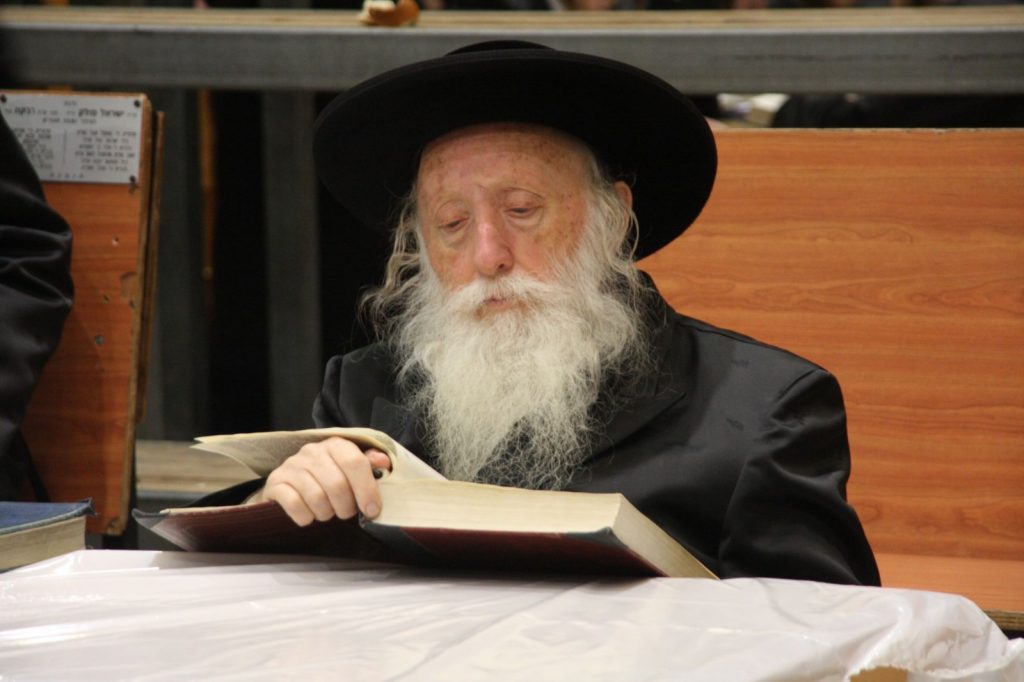 The Chassidic world mourns the petirah of one of the eldest Roshei Yeshivah, Hagaon Harav Eliyahu Shmuel Schmerler, zt”l, Rosh Yeshivas Sanz in Netanya, at the age of 88.

Harav Schmerler was born in Vienna, Austria, in Tishrei 5691/1930, to his father Harav Yaakov Yisrael Schmerler, a noted Sanzer Chassid, and his mother Rebbetzin Eidel, daughter of Harav Eliyahu Shmuel Wind, z”l, Rav and Dayan in Bubarika. His family were descendants of the Rebbe Reb Elimelech of Lizensk, zy”a, and other tzaddikim.

Rav Eliyahu Shmuel was one of the closest Chassidim of the Shefa Chaim of Sanz-Klausenberg, zy”a, and was appointed by the Rebbe to serve as Rosh Yeshivah in the yeshivah in Netanya over 50 years ago. Many noted Rabbanim are talmidim of Rav Eliyahu Shmuel.

He was also a member of the presidium of Mifal HaShas, which was founded by the Shefa Chaim.

Two years ago, his wife, Rebbetzin Mantzi Brachah, a”h, was niftar. She was the daughter of Harav Menachem Mendel Gefner, zt”l, the founder of the mass Birkas Kohanim on Chol Hamoed at the Kosel.

Harav Schmerler was weakened in recent years, and spent Shabbos in Haifa, at the home of his son Harav Yitzchak Schmerler. He was niftar after the seudah on Leil Shabbos.

The levayah, expected to be attended by thousands, will be held Sunday afternoon in Netanya where Rav Eliyahu Shmuel is to be buried near his Rebbetzin.

Rav Eliyahu Shmuel is survived by many children – a number of them Rabbanim and Roshei Yeshivah – grandchildren and great-grandchildren, all following his illustrious ways.