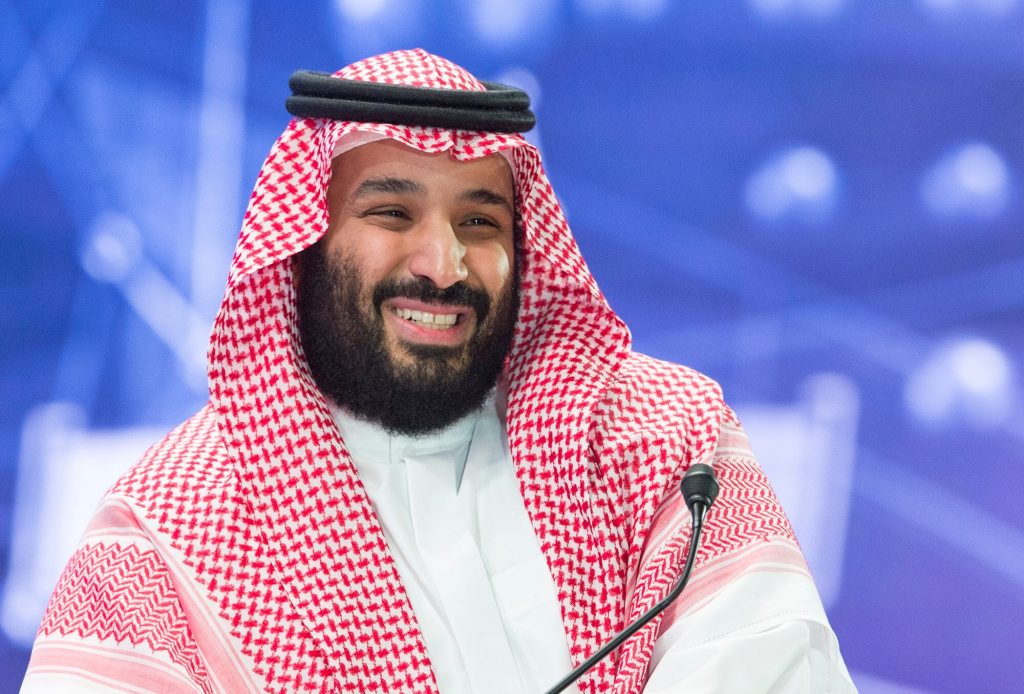 In the call, which occurred before the kingdom publicly acknowledged killing Khashoggi, the crown prince urged Kushner and Bolton to preserve the U.S.-Saudi alliance and said the journalist was a member of the Muslim Brotherhood, a group long opposed by Bolton and other senior Trump officials.

The attempt to criticize Khashoggi in private stands in contrast to the Saudi government’s later public statements decrying the journalist’s death as a “terrible mistake” and a “terrible tragedy.”

“The incident that happened is very painful, for all Saudis,” the crown prince, the kingdom’s de facto leader, said during a panel discussion last week. “The incident is not justifiable.”

The Saudi ambassador to the United States, Khalid bin Salman, described Khashoggi last month as a “friend” who dedicated “a great portion of his life to serve his country.”

In a statement released to The Washington Post, Khashoggi’s family called the characterization of the columnist as a dangerous Islamist inaccurate.

A person familiar with the discussion said Bolton did not signal he endorsed the crown prince’s characterization of Khashoggi during the call.

A Saudi official on Wednesday denied that the crown prince made the allegations, saying “routine calls do exist from time to time” with the young leader and top U.S. officials, but “no such commentary was conveyed.”

Saudi Arabia has faced international condemnation for its shifting accounts of Khashoggi’s Oct. 2 disappearance at the Saudi Consulate in Istanbul. The kingdom initially said Khashoggi walked out of the consulate unharmed, then announced that Saudi agents killed him in an accidental fistfight, and more recently said it had evidence that his killing was “premeditated.”

Analysts said the crown prince’s efforts to discredit Khashoggi in private suggested a two-faced attempt at damage control. “This is character assassination added to premeditated murder,” said Bruce Riedel, a former CIA official and scholar at the Brookings Institution.

The White House declined to discuss sensitive conversations with the Saudis or to say how many phone calls the crown prince and Kushner have had since Khashoggi’s disappearance. The two men have had multiple discussions, according to people familiar with the matter.

Officials spoke on the condition of anonymity to discuss a sensitive topic.

Other Middle East leaders have also come to the crown prince’s defense. In recent days, Egyptian President Abdel Fatah al-Sissi and Israeli Prime Minister Binyamin Netanyahu have reached out to senior officials in the Trump administration to express support for the crown prince, arguing that he is an important strategic partner in the region, said people familiar with the calls.

Israel, Egypt and the United Arab Emirates have united behind the Trump administration’s efforts to bring pressure on Iran and force through a Middle East peace deal between Israelis and Palestinians.

Other U.S. allies, notably Germany, Britain and France, have expressed serious concern about the killing of man who wrote articles critical of the Saudi leadership in The Washington Post.

In response to the killing, the Trump administration has revoked the visas or made travel ineligible for 21 Saudi nationals implicated by Turkey and Saudi Arabia in Khashoggi’s death.

As U.S. officials contemplate a more robust response, Kushner has emphasized the importance of the U.S.-Saudi alliance in the region, said people familiar with the conversations. Other officials at the State Department and Pentagon, however, have said the options under consideration could include a clear discipline of the Saudi government, an end to Saudi-led blockade of Qatar, and a winding down of the war in Yemen. Officials cautioned that no decision has been made, and Trump has expressed little desire to significantly alter U.S.-Saudi-relations, but there is an interest in a full vetting of the potential options.

Kushner’s efforts to carefully cultivate a relationship with the heir to the Saudi throne makes him a critical voice in deciding the Trump administration’s response. After several private talks early in the administration, Kushner championed Mohammed bin Salman as a reformer poised to usher the ultraconservative, oil-rich monarchy into modernity. Kushner privately argued for months last year that Mohammed would be key to crafting a Middle East peace plan, and that, with the prince’s blessing, much of the Arab world would follow.

It was Kushner who pushed his father-in-law to make his first foreign trip to Riyadh, against the objections of Secretary of State Rex Tillerson and warnings from Defense Secretary Jim Mattis. In the early days of the administration, Kushner often preferred to talk to the crown prince privately, but now coordinates his conversations with the National Security Council.

Kushner visited the crown prince at his palace in a secret October 2017 trip, a plan so closely held that it caught some White House and intelligence officials by surprise.The two 30-somethings stayed up late into the evening alone discussing the prospects of Kushner’s Middle East peace plan. A few days later, the prince ordered the house arrest of dozens of rival royals and imprisonment of other enemies in a bid to solidify his control of the government. The White House and the Saudis have denied that Kushner approved the power grab.

Saudi officials had made no secret of their antipathy toward Khashoggi, including expressing consternation last year when he began writing a regular column for The Washington Post. In the days after his Oct. 2 disappearance — before the Saudis acknowledged his death in Istanbul — a person close to the royal palace said Mohammed was puzzled by the high level of concern about Khashoggi, whom he considered part of the Muslim Brotherhood as well as an agent of Qatar.

Khashoggi’s family said Jamal’s views were much more nuanced than those described by Saudi officials. “Although he sympathized with certain objectives of the Muslim Brotherhood, he also sharply disagreed with many of their positions, especially toward Saudi Arabia,” the family said in its statement.

Saudi Arabia severed relations with Qatar last year, charging among other things that it harbored Muslim Brotherhood “terrorists.” Although the Saudis maintained a cordial relationship with the Brotherhood for decades after its founding in Egypt as an Islamist political and social movement, Riyadh declared it a terrorist organization after the upheavals of the Arab Spring.

Many Republican lawmakers, and Middle East analysts on the right, agreed with the Saudi assessment — in 2015, now-Secretary of State Mike Pompeo, then a member of the House, co-sponsored a resolution calling on the State Department to designate the Muslim Brotherhood a terrorist organization. During Trump’s campaign, a number of prominent supporters, including Bolton, called for such a designation.

Trump considered such an action early in his administration, but was dissuaded by Pompeo, who had become CIA director, and others in the administration. They noted that while the designation would please some Arab partners, others in the region would reject it. The Brotherhood has mainstream political stature and legitimacy in Jordan, Turkey and Morocco, among other countries.

Turkish President Recep Tayyip Erdogan, a rival of the Saudi crown prince, has called for Saudi Arabia to be held accountable for the killing. Erdogan called Trump on Thursday morning, according to people familiar with the conversation.