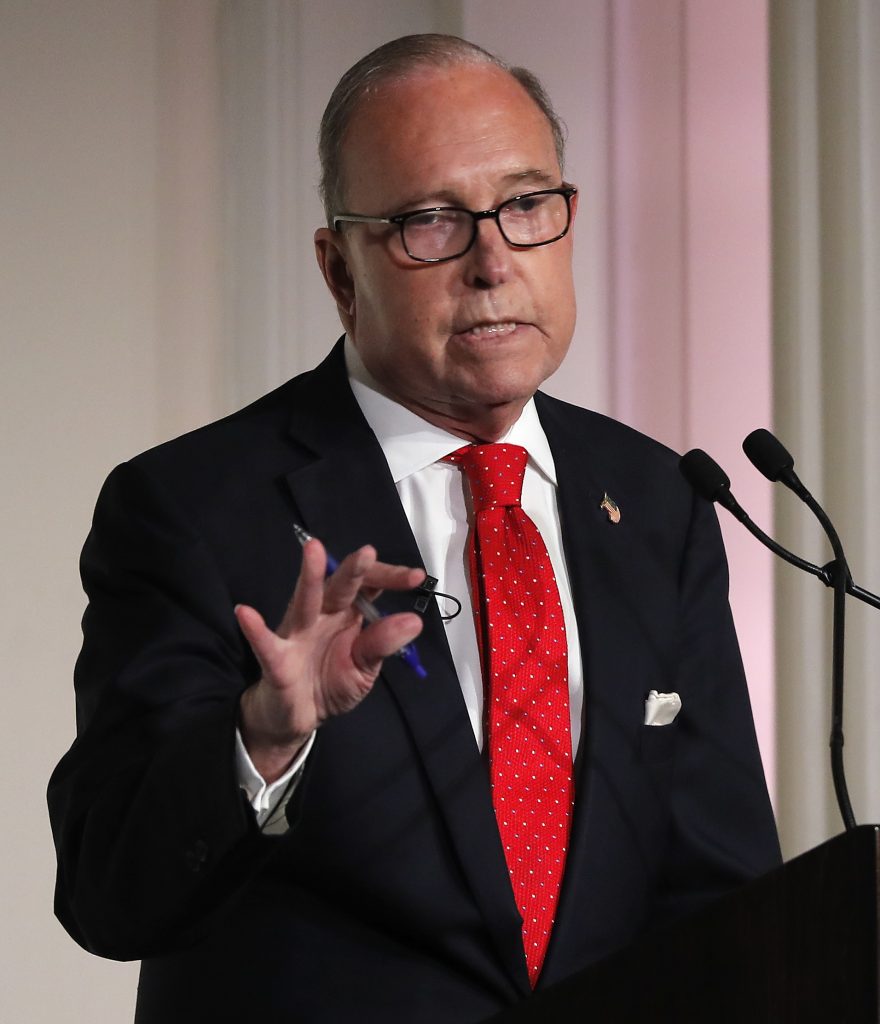 The White House’s top economic adviser said Thursday that he opposes the federal minimum wage, arguing that the decades-old law is a “terrible idea” that drives up costs for small businesses across the country.

Larry Kudlow, director of the National Economic Council, said that he would oppose any attempt to work with Democrats in Congress to lift the federal minimum wage should the party take back the House or Senate in the 2018 midterm elections.

The federal minimum wage was enacted in 1938. Democratic candidates have pushed for raising the federal minimum wage, currently at $7.25 an hour, to as high as $12 an hour or $15 an hour. Conservative economists have argued it does not make sense to have the same wage floor in different states, where costs and wages can vary dramatically.

Kudlow appeared to also oppose minimum wages at the state and local levels, citing conservative arguments that it constrains business growth by adding to their costs. But he said the federal government shouldn’t interfere.

“I would argue against state and local, but that’s up to the states and localities,” Kudlow said.

Democrats quickly pounced on Kudlow’s comments Thursday, arguing that a higher minimum wage would help lift millions of workers out of poverty.

The minimum wage in 2016 was worth 10 percent less than in 2009, and 25 percent below its peak value in 1968, according to the Economic Policy Institute, a left-leaning think tank. A single parent with one child working a full-time minimum wage job will earn below the federal poverty threshold of $16,070, according to the University of California’s Center for Poverty Research.

“Donald Trump and his advisers believe in huge tax breaks for billionaires, but when it comes to raising wages for workers they actually want to abolish the minimum wage,” Sen. Bernie Sanders (I-Vt.), said in a statement. “Too many Americans today are forced to work two or three jobs to survive. That’s wrong. If you work 40 hours a week, you should not live in poverty. We must raise the federal minimum wage to a living wage, $15 an hour.”

Kudlow said the Trump administration will not try to cut Social Security and Medicare in its next budget proposal. But Kudlow suggested Trump would again try to repeal the Affordable Care Act, President Barack Obama’s signature health care law, in 2019. Republicans unsuccessfully tried repealing the law through Congress in 2017.

“We have no plans to touch the large entitlements, but we do have plans to erase remnants of Obamacare and provide more market-oriented, incentive-oriented health care,” Kudlow said.

Responding to questions about the administration’s trade policy, Kudlow referred to President Trump as a “free-trader” who wants to abolish all tariffs — despite sparking the trade war with China that some experts say risks slowing down the economy. The administration has maintained that the tariff spat is necessary to force China to correct for unfair trade practices.

Trump will meet Chinese President Xi Jinping at the G-20 summit in Buenos Aires this month. But Kudlow said he could not confirm that the two leaders would discuss trade at the meeting.

“My crystal ball is not at all clear,” Kudlow said. “The agenda is being discussed and worked on in both camps. I think it will include trade, but I’m not 100 percent sure.”