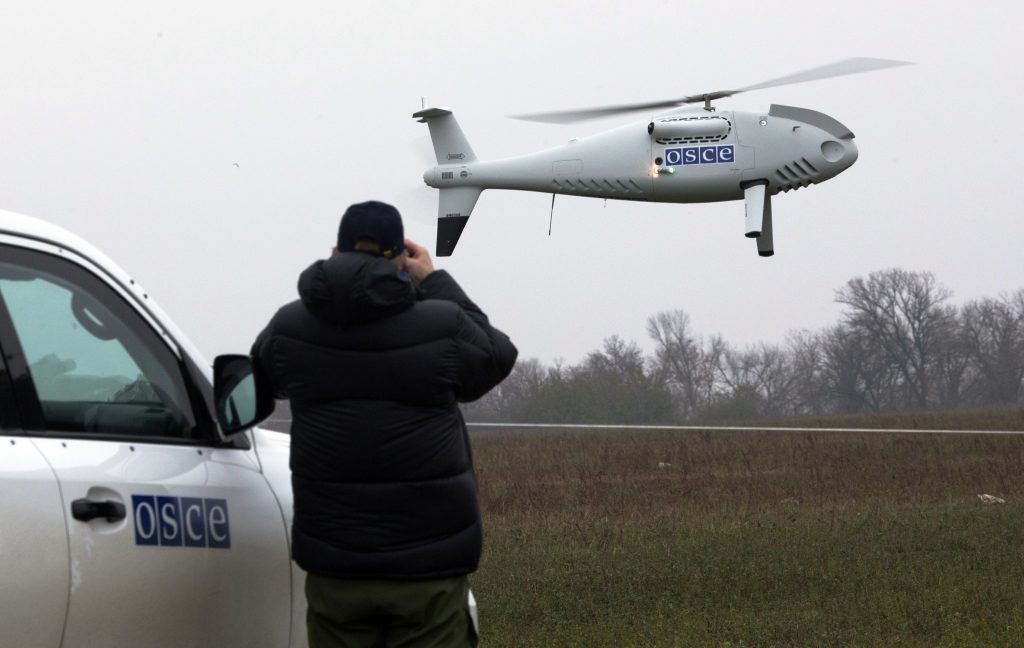 Germany and France say it appears that Russian-backed separatists in Ukraine downed a drone being used by neutral European observers and are demanding accountability.

In a joint statement, they said Thursday the downing is a “clear violation” of the Organization for Security and Cooperation in Europe’s Special Monitoring Mission in Ukraine, which is to have unimpeded access.

The drone disappeared Oct. 27 while following a convoy of seven trucks in Ukraine near the Russian border.

They say evidence collected suggests “Russia and the separatists it backs bear responsibility for the targeting of the (drone), blinding the mission at this particular spot.”

In recent weeks the drone monitored on “multiple occasions” convoys entering Ukrainian territory across a non-official crossing from Russia and spotted a surface-to-air missile system shortly before being lost.