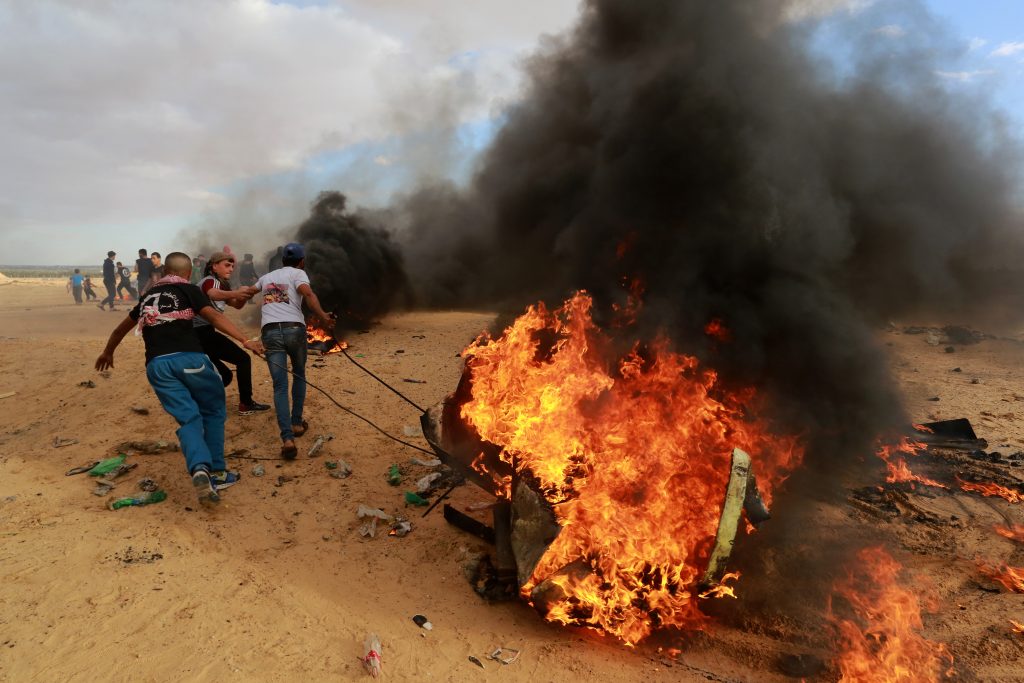 The reported agreement among terror groups in Gaza to suspend violence along the border with Israel was officially repudiated on Thursday afternoon.

Hamas and Islamic Jihad leaders met and issued a statement saying the violence will continue indefinitely:

“The leaderships of the two movements affirmed the following positions: Continuing the March of Return and breaking the siege until it achieves its goals…and preserving its peacefulness,” they said in a joint statement.

Despite the talk of the ceasefire in the Arab media, there were at least two incidents involving terror balloons flown into Israel by Gaza Arab terrorists on Thursday morning.

A balloon with suspicious material attached was found in the yard of a kindergarten in the Eshkol Regional Council, near the Gaza border. A teacher noticed the balloon and evacuated the children, calling security officials to disarm the balloon. It was successfully removed.