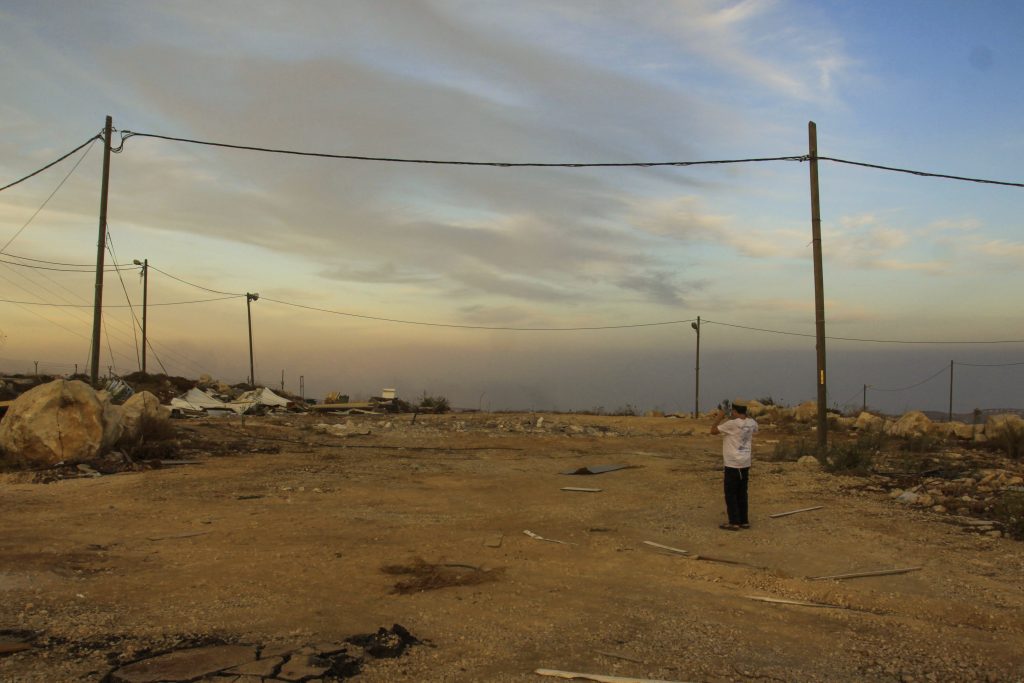 Six years after a High Court order razed the town of Migron, a cornerstone-laying ceremony was held for the rebuilding of the community, Arutz Sheva reported on Thursday.

Many of the former residents have had to live in temporary housing since 2012, waiting for the government to fulfill its promises to relocate them in permanent homes. They lived in caravans adjacent to the town of Kochav Yaakov, about 30 minutes’ drive north of Yerushalayim.

“During such events, it is customary to rejoice, but as someone who accompanied Migron from the moment of the evacuation to the present day, this is not a happy event,” said Yerushalayim Affairs Minister Zeev Elkin. “We would be happy if we had another legal system that made a logical decision, and I long for the days when the justice system will do justice.

“The settlement will grow and expand this way from time immemorial. The evacuation attempts will only lead to the strengthening and expansion of settlement,” added Elkin.

Housing Minister Yoav Galant declared that “laying the cornerstone means that the territories of Yehudah and Shomron are not negotiable. It is not a subject for sale.”

The High Court ordered the removal of Migron in a ruling on a Palestinian claim of ownership. Even though that claim was never substantiated in court, the town was demolished because it was not registered as state land.