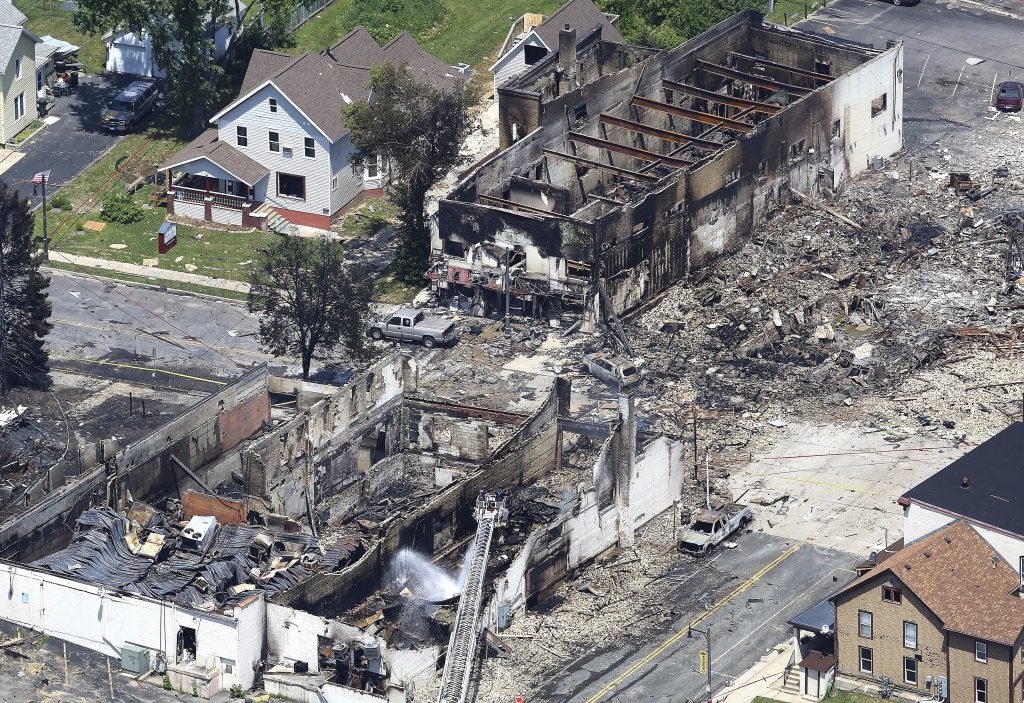 A utility-location worker failed to properly mark a natural gas line in a Madison suburb this summer, leading to an explosion that leveled more than half a dozen buildings and killed a firefighter, according to court documents.

The explosion occurred July 10 after a subcontractor installing fiber communication lines in a downtown Sun Prairie intersection struck a gas main. One of the diggers called 911 to report he could smell gas in the air.

Firefighters and police rushed to the intersection and evacuated dozens of people before the gas ignited, sending a towering fireball into the night sky that burned for hours, casting the downtown in a hellish orange light. Six businesses and a home were destroyed. Barr was killed in the blast and several other emergency workers were hurt.

Investigators filed the search warrant request July 19 and asked that a judge seal it to keep their progress a secret, stating that they’re looking for evidence that would bolster a second-degree reckless homicide charge. Judge Shelley Gaylord agreed to seal the documents until Oct. 17.

An affidavit accompanying the warrant request states that an employee with Indiana-based USIC, a company that specializes in protecting utility infrastructure during excavations, failed to correctly mark the gas line in the street and instead targeted a spot beneath a sidewalk 25 feet away.

The company refused to identify the worker short of a court order. Investigators learned his identity after one of the workers who ruptured the line overheard the worker’s first name while a supervisor was speaking to him on the phone on the day of the explosion.

Police approached the worker six days after the blast but he refused to speak to them. Investigators received a letter from his attorney two days later saying he won’t be speaking to law enforcement. The affidavit didn’t name the attorney.

Police in Sun Prairie issued a statement Thursday saying the search warrant is one component of an ongoing investigation and isn’t conclusive.