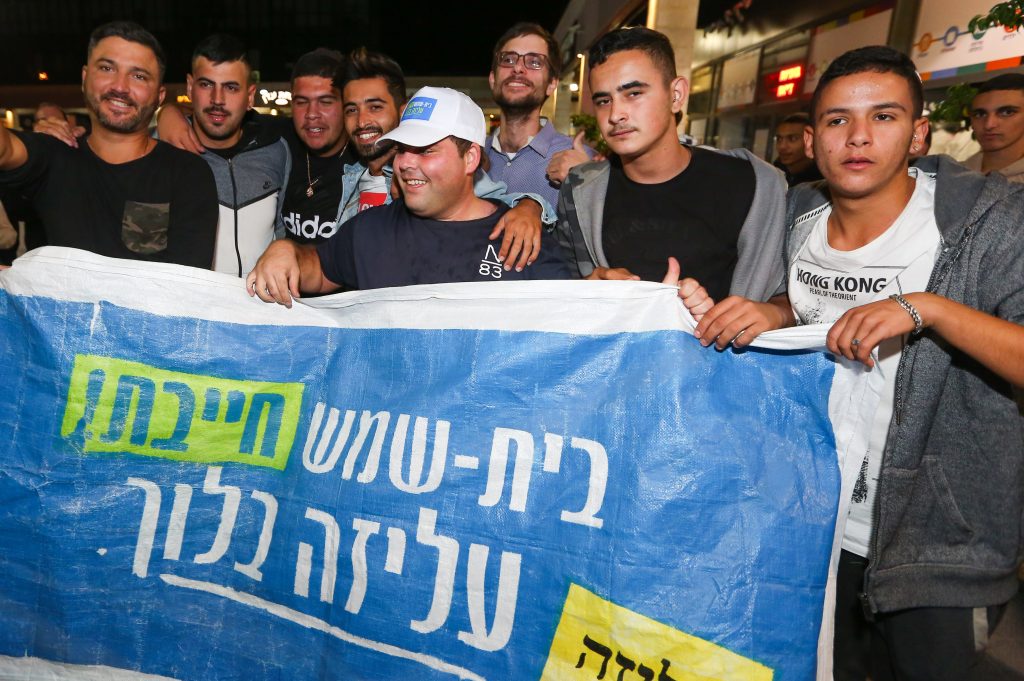 In what turned out to be one of the most dramatic contests in this year’s municipal elections, Beit Shemesh has a new mayor. After two terms, outgoing mayor Rabbi Moshe Abutbul is out of office – to be replaced by Dr. Aliza Bloch (Jewish Home). Vote-counting continued throughout the night Tuesday as well as on Wednesday, and in the final tally, Bloch had received 533 more votes than her rival.

Channel Ten reported that Shas, the party that had sponsored Rabbi Abutbul, had decided not to seek a recount. The vote count was completed and authenticated at about 3:00 a.m. Thursday, when votes from soldiers and prisoners who are eligible to vote in the city were counted, and votes that were incorrectly cast (with more than one slip per envelope, the mayoral candidate vote inside the envelope for city council, and other issues) were disqualified. Bloch declared victory and spoke to supporters, pledging to unify the city and to look out for the interests of all residents.

“From today on, Beit Shemesh will be a national symbol,” she said in her victory speech. “People will look at Beit Shemesh and find their hopes for Israel renewed. Beit Shemesh is telling itself and Israeli society that we look at ourselves as individuals. There is one society here, and there is one unified city of Beit Shemesh.”