Community Behind the Scenes With the Chevra Kadisha in Pittsburgh
Community 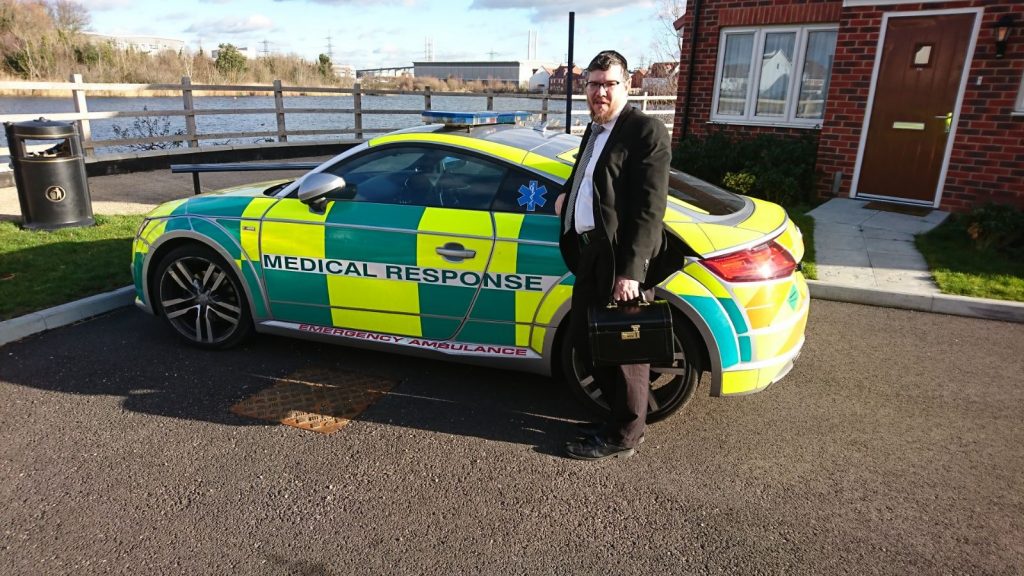 A car passed by the Shaare Torah shul early Shabbos morning, unbeknownst to those who came for the Shabbos davening. A bar mitzvah was to be celebrated that morning, and the shul was full of people who came to partake in the joyous occasion. As the driver of the automobile continued along his way, those gathered in Shaare Torah were unaware of what was in store for their neighbors who attended a nearby congregation. By Divine Providence, they would be spared the carnage. The Tree of Life congregation, which was holding their regular services at the same time, was not as fortunate. The attack, where eleven members perished, would be an assault on the entire Jewish community of Pittsburgh.

Hamodia spoke with Rabbi Elisar Admon, a Rebbi in Hillel Academy who teaches Judaic Studies to high school age boys. In addition, he serves as the mohel for the community, as well a member of Gesher HaChaim, the chevrah kadisha (burial society) of Pittsburgh. In the past, he was active in ZAKA, the international organization which tends to the needs of the victims of terror attacks. As the members of the shul heard the reports of the assault, Rabbi Admon approached Rabbi Daniel Wasserman, the rabbi of Shaare Torah and the head of Gesher HaChaim, to discuss what the next step should be. “We wanted to find out the number of victims, and to think ahead of what we needed to do for the victims and their families,” Rabbi Admon told Hamodia.

“We made our way to Tree of Life, a ten-minute walk, and we met the FBI agents who were stationed in front of the building. When we explained our religious needs for the dignity of the dead, they listened sympathetically. They explained that this was a crime scene, and nothing could be touched until they finished with their work. This was a capital case, and they had to be careful not to ruin any evidence which may be needed in court. They informed us that it would take time for them to finish up with the crime scene, and only then would we be able to collect what we needed. The FBI was extremely thorough, making sure all evidence was preserved for the eventual court case.”

Although volunteers of Misaskim and Chessed Shel Emes came from the Metropolitan area, the local chevrah kadisha was tasked with taking care of the victims. Since Rabbi Admon had experience with terror attacks, he took the lead and met with the FBI, the mayor and local authorities. “They were very understanding, and helped us as much as they were able to. They really reached out to us and were cooperative.”

They allowed only two civilians, Rabbi Admon and Rabbi Wasserman, to accompany the medical examiner inside, and by 5 AM all the bodies were removed. The chevrah explained that Jewish religious law prohibited autopsies, and the medical examiner replied that they would try to would avoid it if at all possible.

Rabbi Admon met with seven members of his chevrah kadisha, to prepare them for what might greet them. “Two of the members were EMTs, and one was a doctor, so they had experienced some of what I expected to find. I spoke to the entire crew and explained what I had done in such situations in the past.

“When we arrived, the atmosphere was serious. We were told that no phones were allowed inside, and absolutely no photographs were to be taken. This was to ensure that it would not interfere with the eventual prosecution of the assailant. In addition, no food or drink was permitted inside. The authorities were interested in what we were doing, and we explained why we did everything. They were intrigued and cooperated with us.”

The bodies were scheduled to be released on a one by one basis, and the first ones were released Sunday evening. By early Monday, the last of the bodies was released. Gesher HaChaim prepared them for burial, with a male and female crew doing the taharos. “Even for me, who worked for ZAKA in Israel, it was very difficult to see,” said Rabbi Admon.

The sanctuary will remain closed to the public for another few days, as forensic material is gathered. Even when President Trump visited on Tuesday, he only entered an outside hallway, in order not to disturb the work of the law enforcement officials.

“We hope that by early next week, we will be allowed entry to the main floor and the upper floor,” Rabbi Admon told Hamodia. “The FBI will inform us when their work is finished, and we will continue our work until we are satisfied that we have completed our obligations. The building will probably remain closed to the public at least to the end of next week.”

As an afterthought, Rabbi Admon mentioned that on Tuesday morning, he performed a bris at Kollel Beis Yitzchok, the kollel of Pittsburgh established by Bais Medrash Govoha of Lakewood. “It was very emotional, and I thought of the passuk which says ‘bedamayich chayi-I will live through my blood’. This passuk is interpreted to be a reference to bris milah. I couldn’t help but think about the bloodletting in our city, and how we are now celebrating with the blood of bris milah.

“We were informed by the FBI that we could enter the basement at 9:00 AM that morning. I told them that due to the bris, we would only be able to arrive at 11:00. When I arrived, the FBI agent in charge hugged me and marveled how we could go from a joyous occasion to such a sad scene. I explained that as Jews, we were trained to adjust according to the needs of the times.”

As a nation, Jews throughout the country and the world are mourning together with the Pittsburgh Jewish community. And as a nation, the souls of the kedoshim will enable us to celebrate the milestones of the future.