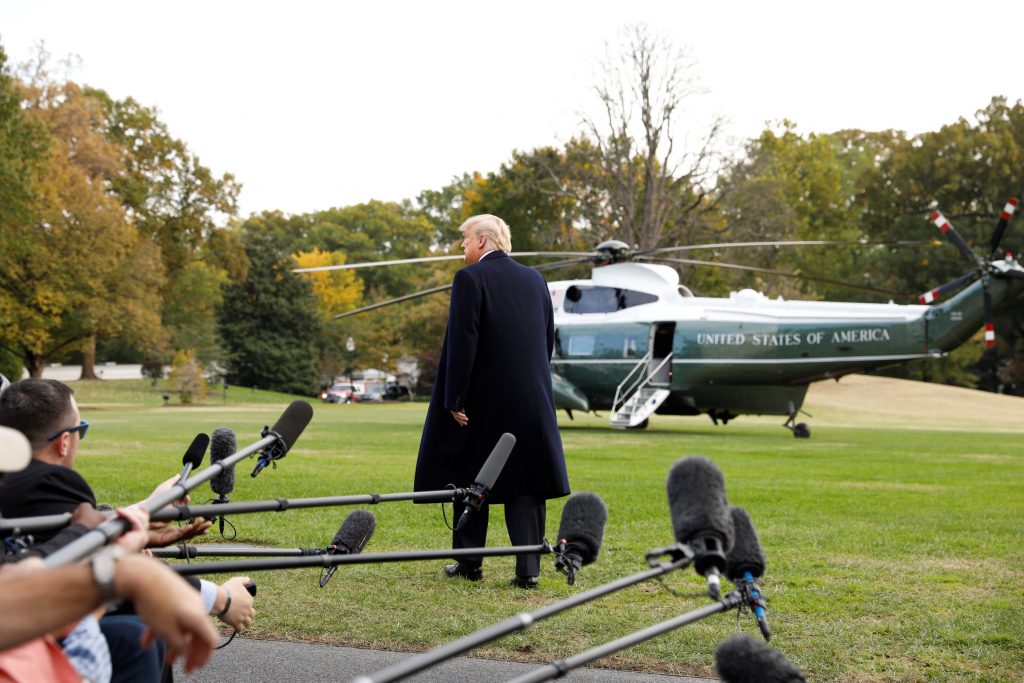 President Donald Trump kicks off an eight-state campaign blitz on Wednesday, seeking to shore up Senate Republicans and GOP gubernatorial candidates against an onslaught of Democratic surrogates, including entertainment icon Oprah Winfrey.

Trump will crisscross the nation, landing him in Senate battlefields such as Indiana, Missouri and Florida, along with nail-biter contests for governor in Georgia and Ohio.

Winfrey, who offered crucial support to President Barack Obama during his 2008 rise, will campaign Thursday for Georgia Democratic gubernatorial candidate Stacey Abrams, who is attempting to become the nation’s first black female governor.

Obama plans to campaign Friday for Abrams in Atlanta and in Miami to boost Florida Sen. Bill Nelson and Tallahassee mayor Andrew Gillum, who is running for governor. On Sunday, the former president will be in Gary, Indiana, for Sen. Joe Donnelly, who is among the most endangered Senate Democrats, and in his hometown of Chicago for J.B. Pritzker, who is the favorite in Illinois’ race for governor.

Democrats are defending several Senate incumbents in Republican-leaning states in their quest to narrow the GOP’s 51-49 majority. The terrain is more favorable in the House, where Democrats need a net pickup of 23 seats to recapture the majority, and in several states with vulnerable Republican governors.

Trump slammed outgoing House Speaker Paul Ryan, R-Wis., tweeting that Ryan “should be focusing on holding the Majority” instead of weighing in on the president’s push to end the Constitution’s guarantee of birthright citizenship.

Trump tweeted that Ryan shouldn’t offer “his opinions on Birthright Citizenship, something he knows nothing about!”

Trump has said he can end the right to citizenship for babies born to non-U.S. citizens on American soil with an executive order. And he has argued that the right isn’t covered by the 14th Amendment, even though the text of the constitutional amendment says that “all persons born or naturalized” in the U.S. are citizens.

Ryan, who is retiring, said Tuesday that Trump couldn’t “end birthright citizenship with an executive order.”

Pelosi, who was the nation’s first female House speaker, could be in a position to reclaim the gavel in House leadership elections after the midterms.

More than 3.4 million people in Florida have already voted, surpassing the number who voted early or by mail four years ago.

New statistics released Wednesday by the state Division of Elections show registered Republicans still have the edge, casting 1.43 million ballots compared to nearly 1.37 million by registered Democrats. More than 592,000 voters with no party affiliation have voted.

During the last midterm election, nearly 3.19 million Floridians cast their ballots before Election Day. More than 6.6 million voted early or voted by mail in the 2016 presidential election.