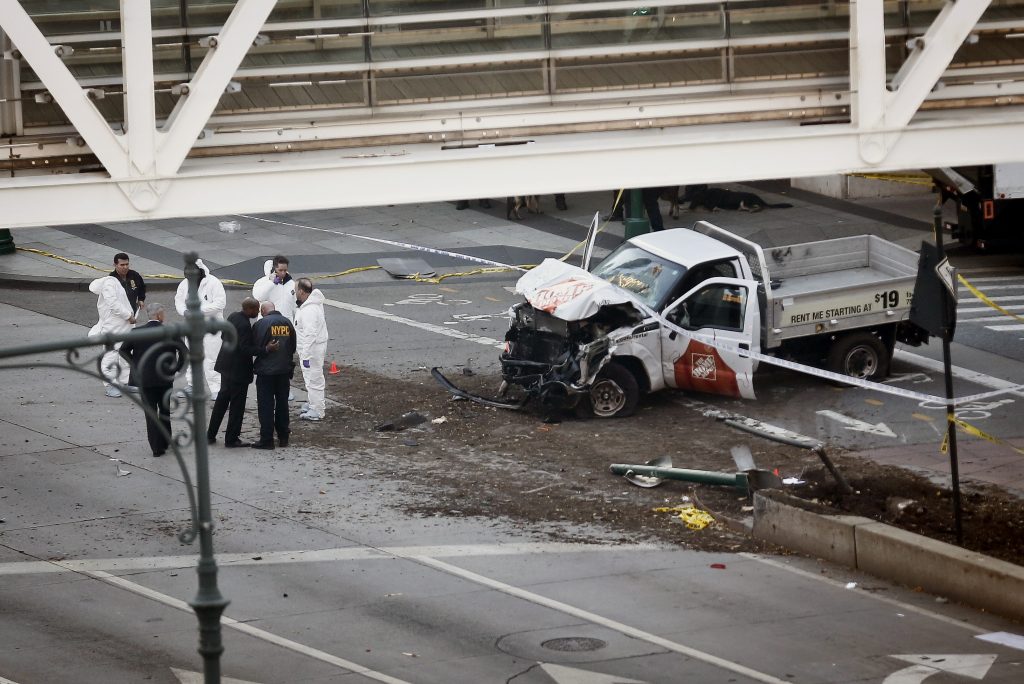 New York is commemorating the first anniversary of the day a man driving a pickup truck mowed down pedestrians and cyclists on a busy bike path along the Hudson River killing eight people and seriously injuring 11 others.

Among the dead were five Argentinian friends vacationing in New York, a Belgian tourist, a New Jersey man who worked at the World Trade Center, and one New Yorker, a software engineer.

Police Commissioner James O’Neill and Mayor Bill de Blasio joined emergency responders Wednesday as a wreath of white roses was placed at the site of the attack to mark the anniversary. A small group of family members and friends attended the ceremony, along with the consuls general of Argentina and Belgium.

The group observed a minute-long moment of silence in memory of the victims.

“They were sending a message: that the terrorists have lost already,” De Blasio added. “New Yorkers do not allow themselves to be terrorized.”

The truck’s driver, Sayfullo Saipov, was shot by police after crashing into a school bus and is awaiting trial on terrorism charges. Prosecutors are seeking the death penalty.

Over the past year, the miles-long Hudson River bike path that was the scene of the attack has been outfitted with temporary concrete barriers and permanent steel posts to block vehicles.