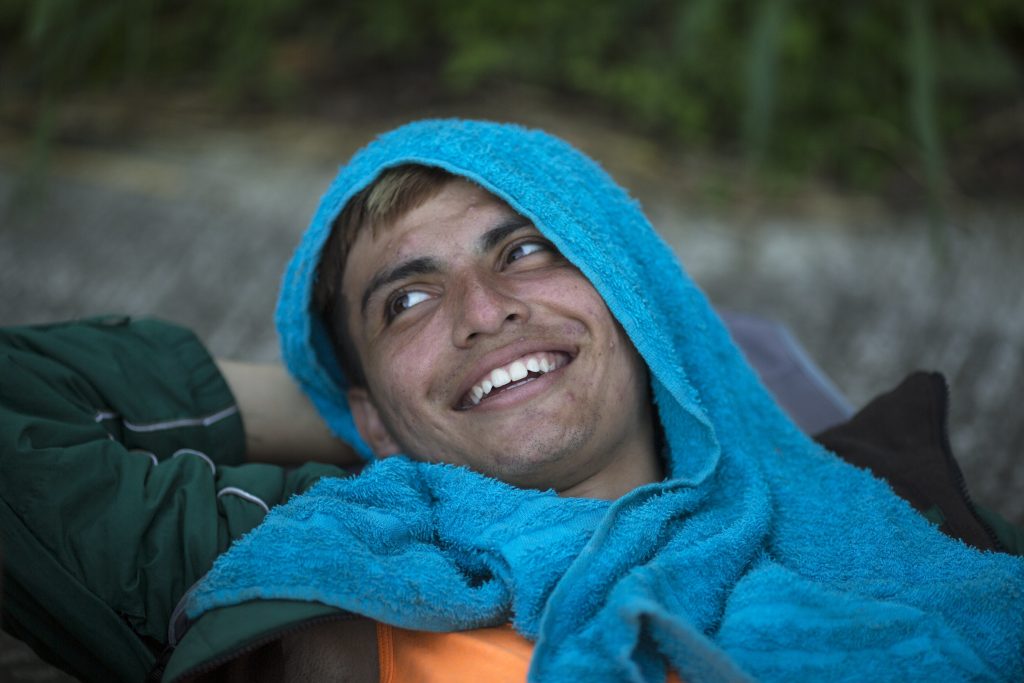 About 2,000 migrants began walking north from El Salvador’s capital on Wednesday, the latest of several groups trying to reach the United States, even as President Donald Trump increases pressure to halt the flow of people.

The migrants departed in two groups, including men and women pushing strollers and others with children on their shoulders. On Sunday, a separate group comprising about 300 people set off for the U.S. border from the Salvadoran capital.

A caravan estimated to number at least 3,500 people, which left Honduras in mid-October and is now in southern Mexico, has become a major issue in U.S. congressional elections on Nov. 6.

The bulk of migrants caught trying to enter the United States illegally via Mexico come from El Salvador, Honduras and Guatemala. Many make the dangerous journey north to escape high levels of poverty and violence in their homelands.

The United States is in the process of sending 5,200 troops to its southern border as part of Trump’s crackdown on illegal immigration. The prospect has so far not discouraged people from leaving El Salvador.

“It scares us a little. But since we’re seeing a ton of people going together, we can help one another to cross,” said Jose Machado, one of the migrants departing San Salvador, carrying a backpack stuffed with clothing and toiletries.

Trump, who has threatened to slash U.S. aid to Central America and close the U.S. border with Mexico, said in a tweet on Wednesday that Mexico needs to keep up efforts to discourage the migrants, who he described as “tough fighters.”

A clash at the Mexico-Guatemala border on Sunday left one migrant dead and several law enforcement officers injured.

“Mexican soldiers hurt, were unable, or unwilling to stop Caravan. Should stop them before they reach our Border, but won’t!” Trump said in a tweet.

White House press secretary Sarah Sanders on Wednesday praised Mexico’s actions to slow the movement of people, but told Fox News: “They can do more.”

Police estimated the two groups leaving San Salvador numbered around 1,000 each. One cohort left around dawn, followed by a second later in the morning.

Some waved Salvadoran flags as motorists honked in support and shouted, “G-d bless you.”