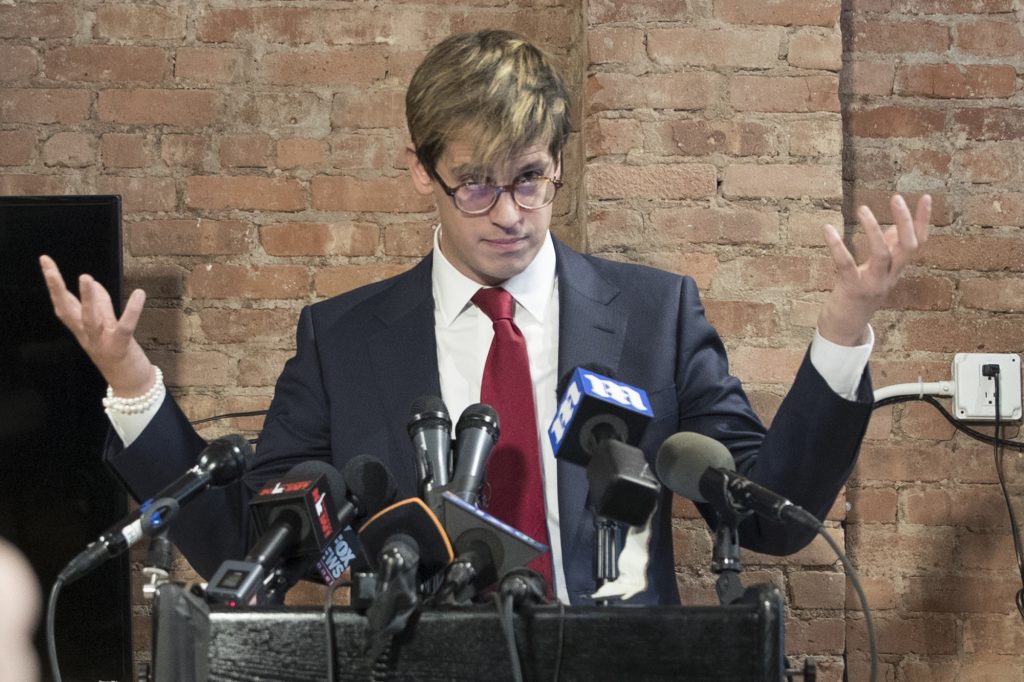 A scheduled speech by far-right provocateur Milo Yiannopoulos at New York University was postponed by school officials due to public safety concerns.

“Given the importance of close coordination between NYU’s Public Safety personnel and the NYPD to ensuring safety, the University agreed to the postponement,” Beckman said.

“The entire city of New York is terrified of one … man stepping out of line and calling out the Left as the intolerant, censorious crybabies they are. And they just proved it by censoring me again,” Yiannopoulos wrote.

Earlier in the day, NYPD Chief of Department Terence Monahan said he was sending a “very large detail” of officers to Yiannopoulos’ event at NYU to prevent a repeat of a brawl that erupted after another provocative figure, Proud Boys founder Gavin McGinnis, spoke Oct. 12 at a Republican club event in Manhattan.