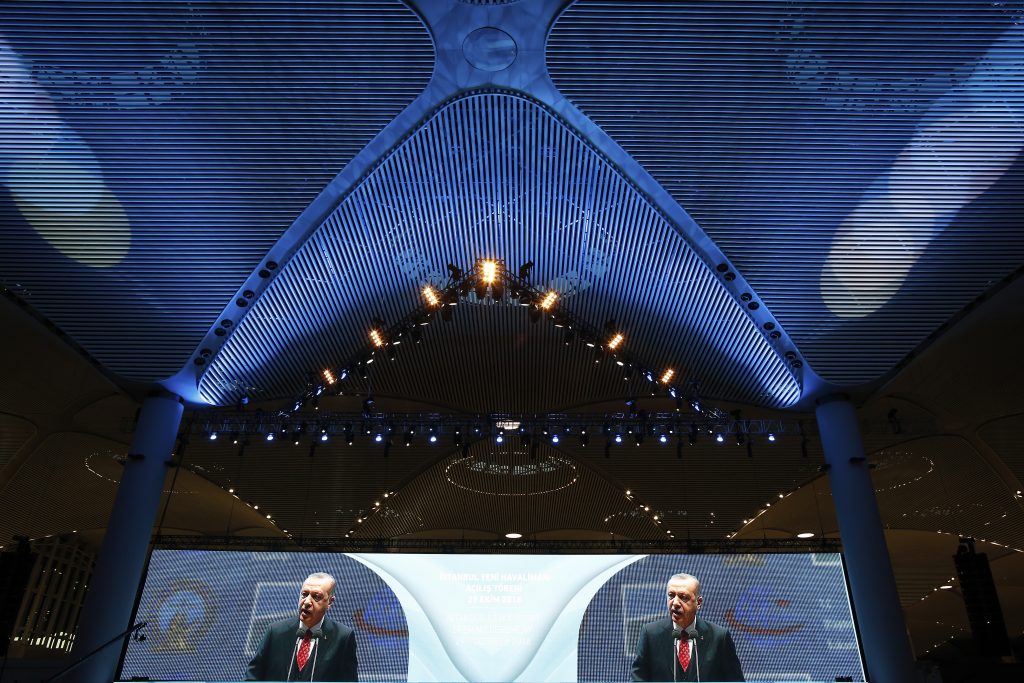 The first flight from Istanbul’s newly inaugurated airport has taken off bound for the capital, Ankara.

The Turkish Airlines flight TK2124 with 340 people on board left the new airport, named Istanbul Airport, on Wednesday. It is expected to be followed by flights to northern Cyprus and Baku, Azerbaijan, later this week.

President Recep Tayyip Erdogan inaugurated the gleaming new aviation hub on Monday — the 95th anniversary of the establishment of the Turkish Republic. The airport is a mega-project that Erdogan has pushed to fulfill his dream of making Turkey a global player.

Istanbul Airport is expected to host 90 million passengers per year in its first phase, and handle up to 200 million travelers on six runways by 2029.