A Plan Whose Time Hasn’t Come 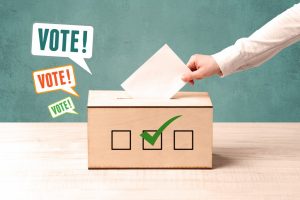 Executing my duty as a citizen, I once sat on a jury. It was an edifying experience, leaving me to conclude that the jury system, at least in its current form, is utterly absurd.

During out-of-courtroom deliberations in the case — a civil one, in which a man who, it seemed, had burned down his store and who was suing his insurance company for compensation — a fellow juror opined that the store-owner could have been at his place of business at 3:00 a.m., where and when he was found, for entirely legitimate reasons. And that his being discovered, badly burned, unconscious and still holding a gasoline can, may have been pure coincidence. She also confessed to the rest of us her conviction that a famous entertainer, long gone and buried in Memphis, Tennessee, was actually roaming the earth incognito. I am not making that up.

The U.S. Constitution, despite what most people think, doesn’t guarantee a defendant the right to “a jury of his peers,” only to an “impartial” jury. And it is silent about any other juror qualifications, like basic intelligence. But I think a case can be made that a modicum of good judgment is at least implied by “impartial.”

Likewise counter to popular assumption, the Constitution does not mandate an explicit right to vote. A number of constitutional amendments prohibit certain forms of discrimination in establishing who may vote. But voting remains, in the end, a privilege, not an inalienable right like free speech or freedom of worship. That’s why voting can be denied to individuals who have not yet reached a certain age, or who are incarcerated (or even, as in some states, who have been incarcerated in the recent past). And why it could have been, as it was for many years, denied to women and members of various religious groups (ours included).

In contrast, more than 20 countries actually require all citizens to vote. (Please don’t give your local representatives any ideas!)

In the best of all possible worlds, were I king of the forest (as would no doubt be the case), I would require passing a test to qualify for sitting on a jury and in order to vote. The Shafran Voting Exam (SVE) would seek to establish basic comprehension of texts, simple logic and elementary familiarity with important issues and our political system.

Alas, in this yet imperfect world, the SVE wouldn’t stand a chance. Not with the history of “literacy tests” that, for many decades, were utilized expressly to prevent immigrants and blacks from voting.

“Print the word ‘vote’ upside-down but in the correct order.” (Correct upside-down order?)

“In the space below draw three circles, one inside (engulfed by) the other.” (Three or two?)

And a “wrong” answer to any question, the test states, “denotes failure.”

There is much controversy today about alleged “voter repression,” also ostensibly aimed at depriving targeted groups of Americans of the ability to vote. I’m not convinced that the presentation of identification, even photo identification, is an onerous requirement. Nor do I find updating voter rolls — what opponents of the process call “purging” them — in any way objectionable.

To be sure, there is no evidence whatsoever of widespread voter fraud, as has been charged by some. But at the same time, reasonable measures to ensure that voters legally qualify to vote don’t disturb me.

But things like what happened recently in Georgia do.

Jefferson County officials made 40 African-American senior citizens get off a bus taking them from their assisted living facility to a polling place to vote early.

Why? Well, take your pick. Either because one of those who arranged for the bus was the county Democratic Party Chairwoman (although she acted in her capacity as a pastor and made no voting recommendations); or because, as the county administrator explained, “Jefferson County administration felt uncomfortable with allowing senior center patrons to leave the facility in a bus with an unknown third party” (although approval of the bus trip by the facility had been obtained beforehand).

There is, of course, a third possibility, but far be it from us to consider it.

And so, unfortunately, the Shafran Voting Exam must be quashed on arrival. The bigots of years past, and of days present, have ruined it for us all, having given the very idea of earning the privilege to vote the worst of reputations.