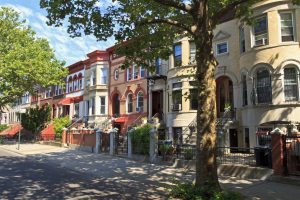 Crown Heights will soon be saying goodbye to a very special friend. Senator Jesse Hamilton has been a trusted ally of Crown Heights, representing the interests of the Jewish community in Albany. He has been an ardent supporter of yeshivah education, he has stood with Israel and he has spoken loudly in denunciation of BDS and anti-Semitism.

Some have asked if supporting Jesse in the recent primary election was wise, since most local politicians endorsed his challenger, now- Democratic nominee Zellner Myrie. Many were quick to suggest that their support for Myrie warranted that we throw our support behind him, too.

In politics, as in many areas of life, standing by your friends is absolutely the right choice. Common decency demands that we recognize and show gratitude to those who have contributed to our well-being. Loyalties that shift with the polls are an embarrassment to a community that places any value on the principles of hakaras hatov. It’s simply not mentchlich.

Secondly, public officials understand that each community has its own special interests and respect a community that stands united behind its candidate. While jumping over to the winning team may seem like a sound political move, there is a heavy price to pay for fickleness. If we don’t stand by our champions in their time of need, nobody will respect us.

For the first time in my lifetime, the Jewish community of Crown Heights is in danger of losing its voice in the City and State of New York. In the recent primary election, over 41,700 voters cast their ballots to decide who would represent the community in the State Senate in Albany. This voter turnout is more than double that of the previous 2014 election, when a total of 15,055 votes were cast from our district.

This spike in voter turnout is partially a result of the significant gentrification Crown Heights has undergone in recent years. The many thousands of the area’s newest residents, largely single people and young professionals, have become able to dominate the political stage of Crown Heights by virtue of their dominance of the ballot box. This phenomenon is not unique to Crown Heights. The traditional Chassidic character of Williamsburg, and its political dominance, is today challenged by the huge influx of secular young professionals.

The Crown Heights Jewish community has only about 2,300 registered Democrats, some of whom don’t vote. The reality is that the neighborhood is changing. There are serious issues currently being debated in Albany that will affect the community. How these issues, in particular the right to give our children a yeshivah education, are determined, has the potential of upending our way of life.

If everyone eligible to vote in the Crown Heights Jewish community would invest 30 seconds to register as a Democrat, we could have a powerful voting bloc — 10,000 votes strong — to wield on Primary Day. If we do nothing, we will lose strength in Albany and we will become irrelevant in the community we’ve inhabited for nearly a century.

On that note, I’d like to congratulate Zellner Myrie on his win. Since the election, I have had the privilege of spending a couple of hours with him for a very candid discussion, and I found him to be thoughtful and genuinely interested in the needs of the community. He told me that he respects and understand that we stood by our friend, and holds no grudges.

I look forward to his representation in Albany, and I hope to be able to call him our friend and stand with him through thick and thin.