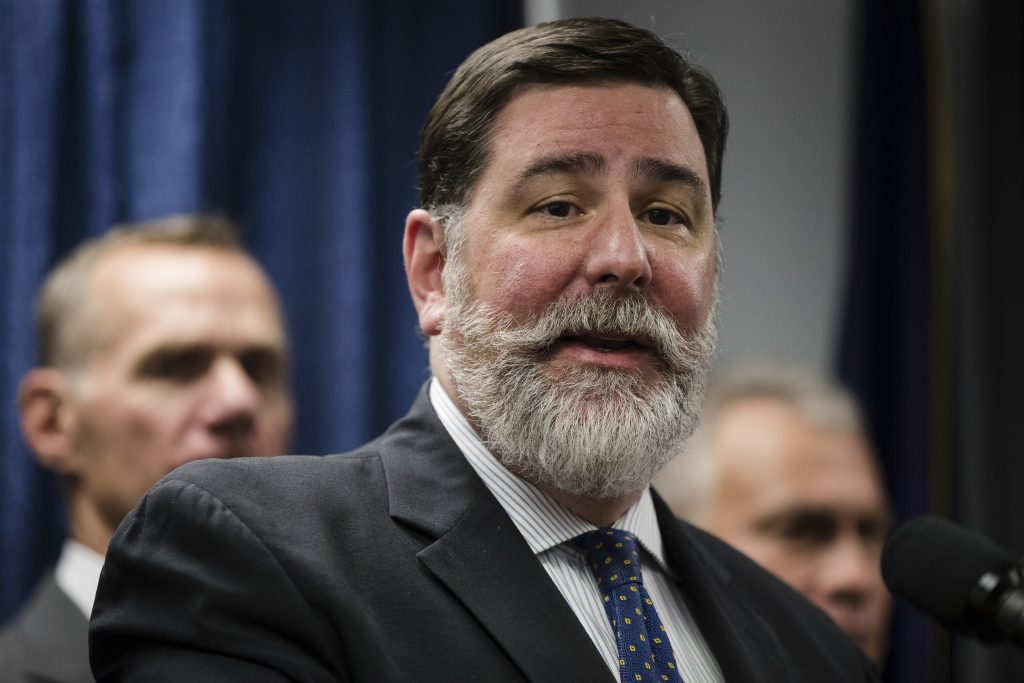 Pittsburgh Mayor Bill Peduto said Sunday that armed guards in places of worship are not the solution, one day after 11 people were killed and six wounded by a gunman at the Tree of Life congregation in the city.

On Saturday, President Donald Trump had suggested that more armed guards could help prevent shootings such as the one in Pittsburgh, comments that echoed the response he has often given after mass shootings throughout the country. But Peduto argued Sunday that the focus should instead be on keeping guns out of the wrong hands.

“I think the approach that we need to be looking at is how we take the guns, which is the common denominator of every mass shooting in America, out of the hands of those that are looking to express hatred through murder,” he said at a news conference in Pittsburgh.

Earlier Sunday, officials named the 11 people who were killed when Robert Bowers, armed with an assault-style rifle and three pistols, allegedly burst into the Tree of Life congregation, screamed anti-Semitic slurs and began shooting.

On NBC, Peduto called the shooting “one of the darkest days in our city’s history.”

Some have called for Mr. Trump to tone down his inflammatory rhetoric in the wake of the shooting, while others, such as Vice President Mike Pence, have argued that there is no connection between such language and “acts of violence and evil.”

Mr. Trump has said he plans to visit Pittsburgh in the coming days. Peduto said Sunday that it was up to the families to decide whether they would like him to be present at a vigil for the victims.

“You know, this is a Conservative [Congregation], so the funerals will be very quickly – as soon as tomorrow,” Peduto said at the news conference. “So that’s really up to the families and whether they would want the president to be here.”

The mayor also vowed that hatred “will not have a place anywhere.”

“We know that hatred will never win out – that those that try to divide us because of the way that we pray or where our families are from around the world will lose,” Peduto said. “And in Pittsburgh, we’re pragmatic, and we find solutions to problems. We will not try to rationalize irrational behavior. We will not try to figure out ways … to lessen the degree of crimes such as this. We will work to eradicate it.”

Sunday did not mark the first time that Peduto has openly differed with Mr. Trump on policy issues. Last year, after the United States pulled out of the Paris climate agreement, Peduto pushed back against the president’s assertion that he “was elected to represent the citizens of Pittsburgh, not Paris.”

“As the Mayor of Pittsburgh, I can assure you that we will follow the guidelines of the Paris agreement for our people, our economy & future,” Peduto tweeted in response.