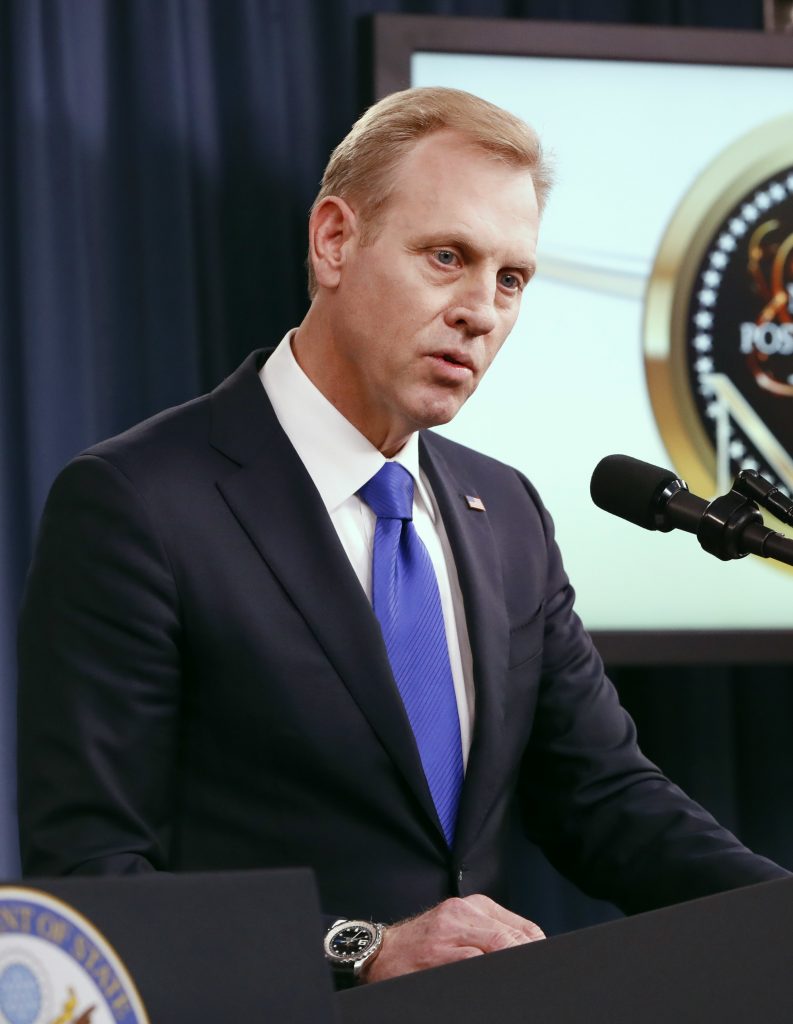 Deputy Defense Secretary Patrick Shanahan said Friday that the Trump administration has instructed the Pentagon to prepare a $700 billion budget for 2020, 4.5 percent less than the $733 billion that the Defense Department had planned.

The decision means that the Defense Department is not exempt from Mr. Trump’s call for federal departments to slash spending after a new Treasury Department report that showed a 17 percent rise in the national deficit. Mr. Trump said last week that the Pentagon budget would “probably be $700 billion,” but considering his past stated interest in sustaining U.S. “peace through strength,” some analysts questioned whether it ultimately would apply to the Defense Department.

But Shanahan, speaking Friday to the Military Reporters and Editors Association, said that Mick Mulvaney, director of the Office of Management and Budget, called Shanahan and did indeed direct the Pentagon to build a $700 billion budget.

“Here’s the assignment,” Shanahan said Mulvaney told him. “Let’s get to work on it.”

The Pentagon is now preparing both a $700 billion and $733 billion budget, Shanahan said. The effort sets up a scenario where Congress could examine both, and potentially boost Defense Department spending over Mr. Trump’s initial proposal.

Mr. Trump’s call to cut spending comes as defense officials say they are beginning to rebuild and fix the military after years of heavy use in Iraq, Afghanistan and Syria and congressionally mandated budget cuts known as sequestration. It also comes after Shanahan had said that the Pentagon’s 2020 budget proposal would be a “masterpiece” that allowed Defense Secretary Jim Mattis to begin implementing major changes that are a part of his national defense strategy, which is focused most heavily on reorienting the military to prepare for “near-peer” threats posed by China and Russia.

Congress in August finalized a $716 billion budget for 2019, and Mattis touted it as a show of the “deep and abiding bipartisan support our military enjoys.” It authorized the Pentagon to increase its overall number of troops by 15,600 and boosted service member pay by 2.6 percent, the largest raise in nine years. It marked an $82 billion increase, something Mattis called “what we need to bring us back to a position of primacy.”

Mattis played a key role in securing $716 billion for the Pentagon in 2019, and the budget was seen as a victory for him over budget hawks such as Mulvaney. The defense chief identified the congressionally mandated cuts as a threat in January.

“As hard as the last 16 years have been, no enemy in the field has done more to harm the readiness of the U.S. military than the combined impact of the Budget Control Act, defense spending cuts and operating in nine of the last 10 years under continuing resolutions,” Mattis said.