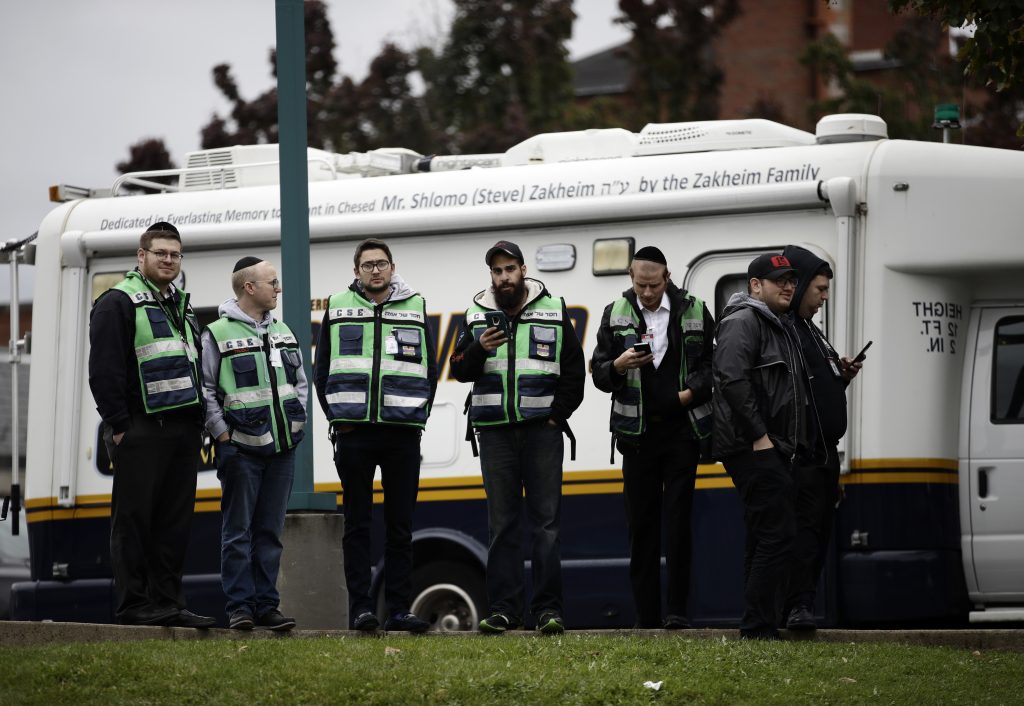 For well over a century, Jews have enjoyed the tranquility of this country, establishing communities and blending into the ‘melting pot’ of the United States. We have much to be thankful for, as we are granted full rights under the constitution and laws of this great nation. The unprecedented protections offered to Jewish immigrants and citizens has afforded us the opportunity to gain rights, freedom and prosperity unparalleled in the diaspora.

The horrific events in Pittsburgh this past Shabbos shocked the entire nation. Eleven souls were snuffed out while they gathered for a happy religious occasion. The motive of the perpetrator, as evidenced by his previous pronouncements coupled with his shouts during his assault, left little doubt of his intent. The anti-Semitic rants of this abhorrent individual revealed a hate seldom seen in the chronicles of our country’s history. Despite the spate of carnage which the country has experienced of late, this massacre, which was directed at the Jewish community, must serve as a wakeup call to our brethren nationwide.

Certainly, we are thankful for what the government provides, including but not limited to religious liberty, equal opportunity and protection from discrimination. In addition, we have been able to succeed at the highest levels of public life. Jewish interests are represented in the highest offices of government, with elected officials paying attention on the most part to the needs of their Jewish constituents. Lobbyists for issues of concern to our communities have access to members of the Executive branch, Senate, House of Representatives, and others who walk the halls of power.

While we enjoy the relative peace and security offered by this land, the trials of galus remain. We remain foreigners in our host country, and interlopers to the lingering enemies of our people.

As we come together in this time of tragedy, we must be grateful for the support we receive from well-wishing Americans across the land, including law enforcement departments and politicians on every level. Nevertheless, the serenity of our existence in our present location must be viewed as just one more resting place on our long journey through the exile.