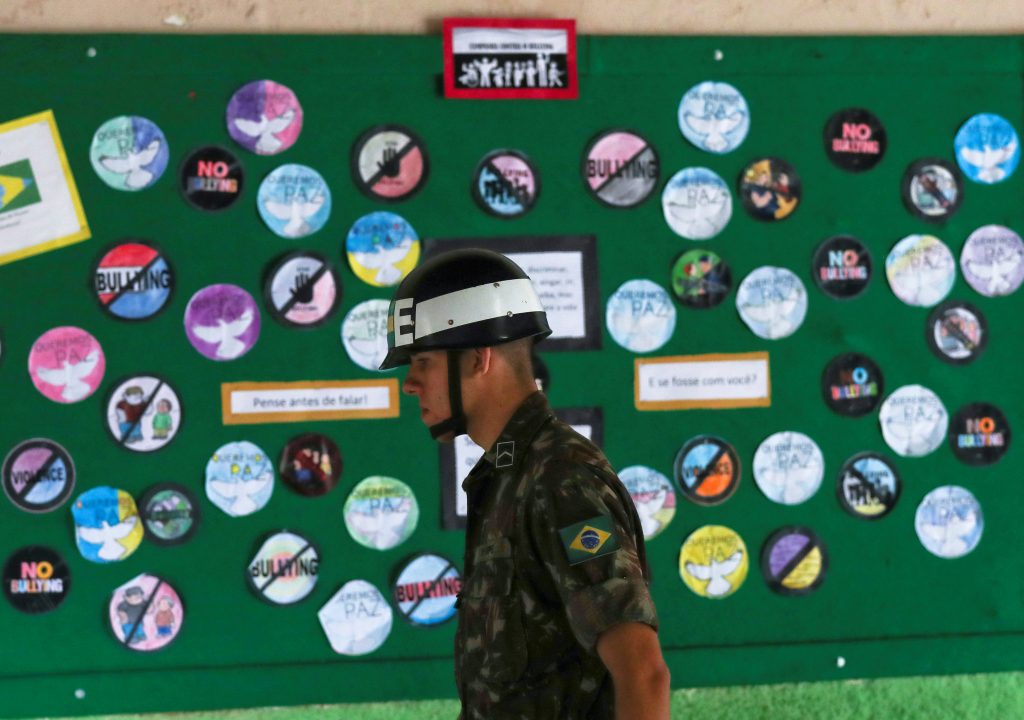 Brazilians fed up with corruption and rising crime are expected to elect former army captain-turned politician Jair Bolsonaro as their president as voting begins on Sunday in a turbulent swing to the right in the world’s fourth largest democracy.

Bolsonaro’s sudden rise was propelled by rejection of the leftist Workers Party (PT) that ran Brazil for 13 of the last 15 years and was ousted two years ago in the midst of the country’s worst recession and biggest graft and bribery scandal.

His leftist rival Fernando Haddad, standing in for the jailed PT founder and former Brazilian president Luiz Inacio Lula da Silva, has been trailing Bolsonaro since the first round of votes three weeks ago.

But final opinion polls on Saturday showing Haddad gaining momentum and endorsements from leading legal figures in Brazil’s unprecedented fight against political corruption have raised hopes among his supporters that he can pull off what would be a stunning upset win.

Haddad has reduced Bolsonaro’s lead from 12 to 8 percentage points in five days, according to the Ibope polling firm that gave him 46 percent of voter support compared with Bolsonaro’s 54 percent. A Datafolha poll also released late Saturday showed Bolsonaro had 55 percent and Haddad 45 percent.

Polling stations opened at 8 a.m. (local time) on Sunday and the last will close in far western Brazil at 7 p.m.

Haddad failed to win the crucial endorsement of center-left former candidate Ciro Gomes, a former governor of Ceará state in the northeast, which would have given Haddad a big lift in Brazil’s poorest region.

The endorsements were a blow to Bolsonaro’s campaign to position himself as the only anti-corruption candidate.

“I think we are at the brink of a process that could push our democracy beyond its limits,” Janot told Reuters.

Many Brazilians are concerned that Bolsonaro, an admirer of Brazil’s 1964-1985 military dictatorship and a defender of its use of torture on leftist opponents, will trample on human rights, curtail civil liberties and muzzle freedom of speech.

The 63-year-old seven-term congressman has vowed to crack down on crime in Brazil’s cities and farm belt by granting police more autonomy to shoot at armed criminals and easing gun laws to allow Brazilians to buy weapons to fight crime, a major demand by one of his biggest backers, the powerful farm lobby.

“This is not just an election. We only have two options: to turn right or left, and we all know where the left took us for 13 years with the PT,” Bolsonaro said in his final video address to supporters on Saturday evening. “We want a free Brazil.”

Investors are heartened by Bolsonaro’s choice of Paulo Guedes, a Chicago University-trained economist and investment banker, as his economic guru and likely finance minister.

Brazil’s most polarized election since 1985 and the near-fatal stabbing of Bolsonaro at a rally a month ago have caused turbulence on markets, yet the real currency strengthened 9.7 percent against the dollar in last 30 days as his prospects of winning increased. Sao Paulo’s benchmark Bovespa stock index has risen 13.5 percent since mid September.

Guedes is keen to privatize hundreds of state companies, including units of oil company Petrobras and utility Eletrobras. His free-market ideas have clashed with the views of a group of retired army generals who are helping Bolsonaro draw up policies and believe strategic resources should remain in state hands.

Environmentalists are concerned that Bolsonaro will reduce Brazil’s efforts to stop deforestation of the Amazon rain forest, which is seen as essential to soaking up carbon emissions responsible for global warming. He has, however, backed off a plan to follow U.S. President Donald Trump’s example and pull Brazil out of the Paris climate change accord.

Bolsonaro’s critics fear he will allow commercial farming and mining to penetrate on Indian reservations, which he has said he will not expand by a single centimeter if he is elected.

He told Xingú tribes people on Friday they had the right to charge royalties for mining and hydro electric power generation on their reservations, a proposal welcomed by some natives but rejected by anthropologists and environmentalists who see the tribes as the last guardians of the Amazon rain forest and its biodiversity.

“You are as Brazilian as any of us,” he said in a video posted on social media. “I want you to have the right to use your land and exploit its biodiversity and mineral riches.”