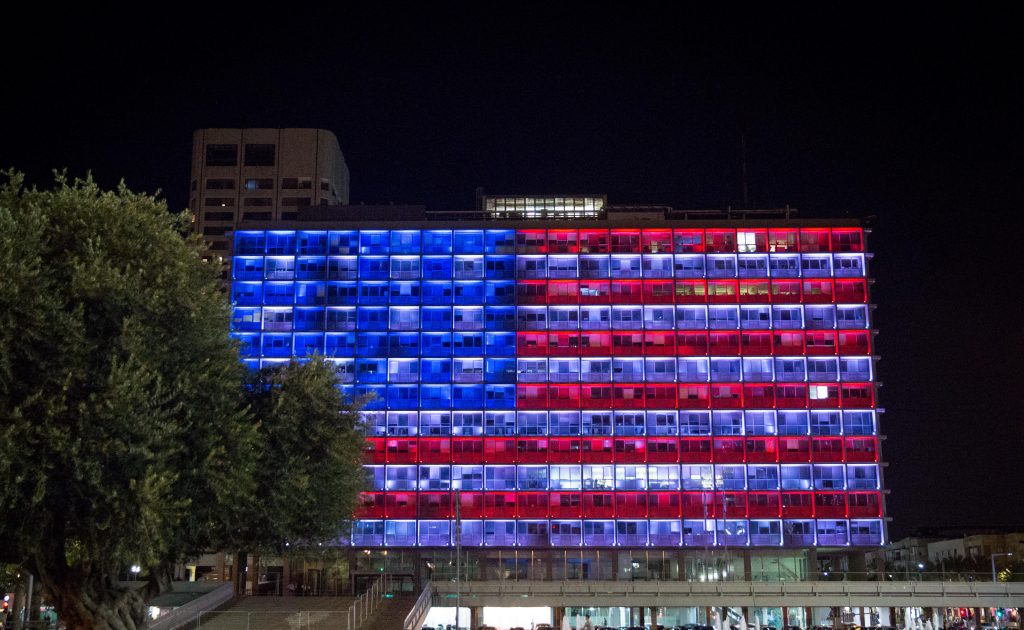 Israeli political officials responded with concern, anger and sadness at the murder of 11 Jews on Shabbos at a synagogue in Pittsburgh. In a statement on social media, Prime Minister Binyamin Netanyahu said that he was “heartbroken and appalled by the murderous attack. The entire people of Israel grieve with the families of the victims. We stand together with the Jewish community of Pittsburgh. We stand with the American people in the face of this anti-Semitic brutality. And we all pray for the speedy recovery of the wounded.”

Naftali Bennett, who besides being Education Minister is also Minister for Diaspora Affairs, left Israel Motzoei Shabbos to participate in the funerals for the victims of the mass shooting. Bennett said before departing that “when Jews are murdered in Pittsburgh, the people of Israel are in pain. All Jews are responsible for each other. Israel is in mourning and in pain over the terrible act of anti-Semitism. Our Jewish brothers and sisters found themselves under attack in a murderous anti-Semitic attack during prayers. Our hearts are with the families of the injured and the murdered, and our prayer is that this is the last time something like this happens. Jewish blood is not cheap. I am traveling to strengthen the members of the community and to discuss ways we can assist them.”

President Reuven Rivlin voiced similar sentiments. “Our prayers and our deep concern are directed at the events in Pittsburgh, where our Jewish brethren face a time of trouble. Our hearts and thoughts are with the injured and we pray for the recovery of the injured. I am positive that the authorities in the United States will investigate this horrendous act and will bring this murderer to justice.”

Knesset Speaker Yuli Edelstein said that he was “shocked to hear about this horrible massacre in a Pittsburgh synagogue. For thousands of years our enemies have tried to destroy us around the world, but nothing has destroyed our spirit and our clinging to our values and lifestyles. I strengthen the hands of the families of the victims, and of the brave police. Tonight, every Jewish heart beats as one with theirs.”