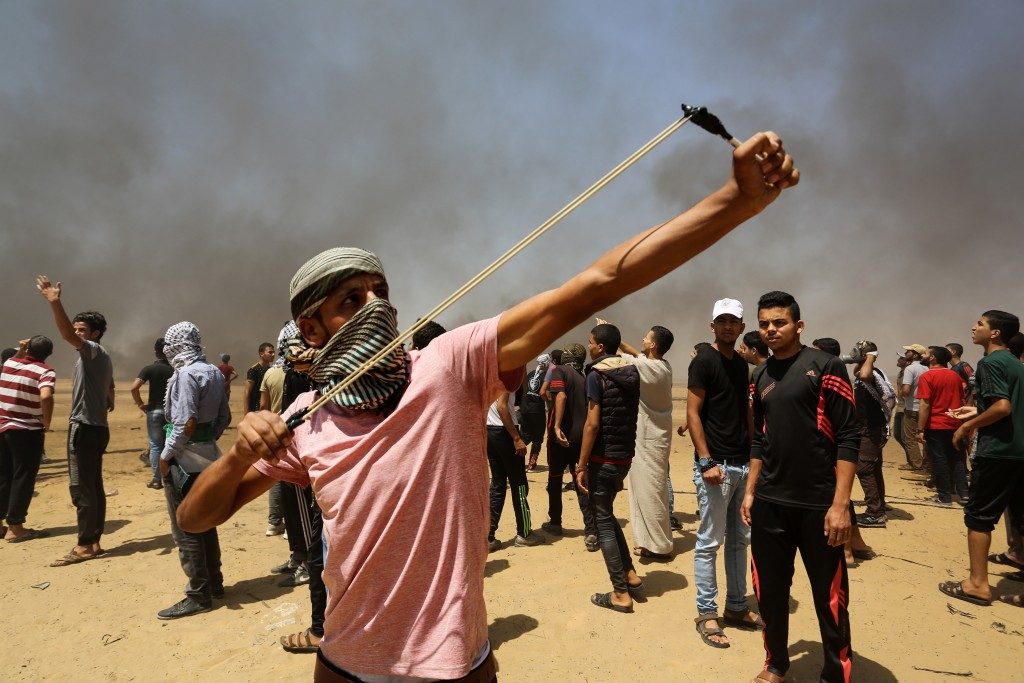 An incident several weeks ago at the Gaza border fence, in which a group of terrorists cut through the Gaza border fence and planted a bomb on the Israeli side, nearly ended in the abduction of an IDF soldier, Hadashot News reported. The kidnapping was prevented when he tried to attack and abduct the soldier.

In the incident two weeks ago Friday, terrorists climbed the fence and, under cover of smoke from firebombs and burning tires, placed an explosive device on the Israeli side of the border before climbing back and returning to Gaza. The device exploded, creating a hole in the fence that enabled some 20 terrorists to crawl through. Most returned after IDF soldiers began opening fire. Several of the terrorists were killed in the incident.

At least one remained on the Israeli side of the fence, the Hadashot News report said, and he physically attacked a soldier before returning to Gaza. The soldier attempted to arrest the terrorist, who pulled out a knife and attempted to steal his weapon. The soldier managed to free himself, and he shot the terrorist. Israel is currently holding his remains.

In a statement, the IDF said that “the incident is under investigation by the relevant parties. The soldier involved acted properly, and defended himself as expected from an IDF officer. The investigation shows that there was no attempt to kidnap the soldier or steal his weapon. It was the awareness of staff and the actions of the officer that led to a successful conclusion of the incident.”