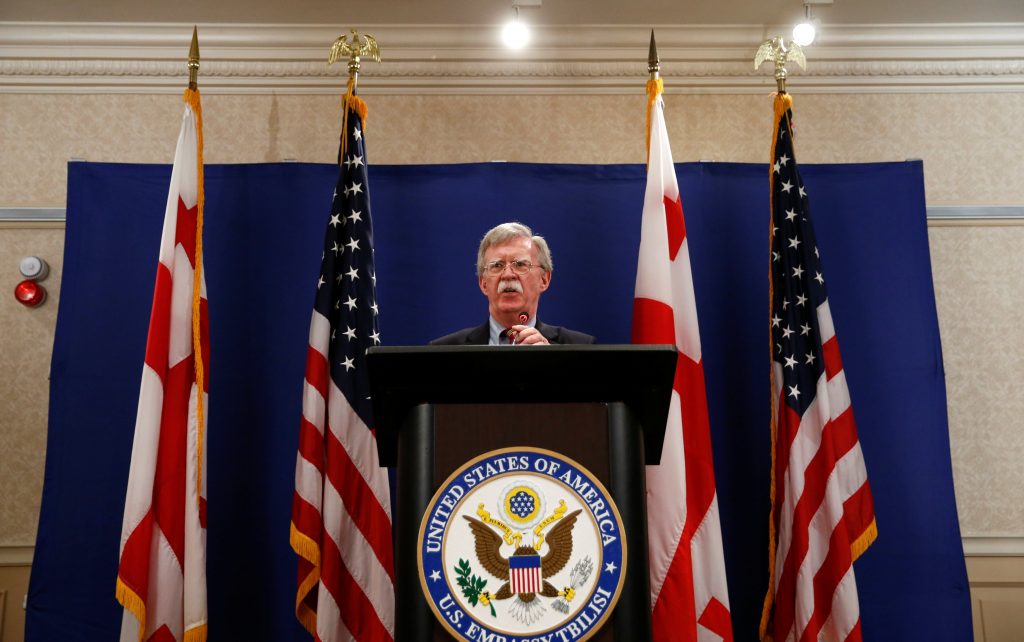 It was not immediately clear if Putin had accepted the invitation.

Putin and Trump have met several times on the sidelines of multilateral gatherings, but had only one bilateral summit, in the Finnish capital in July.

After that encounter, Trump was accused by opponents, and even some members of his own Republican Party, of failing to stand up to the Russian leader.

The topic of Putin visiting the United States is a highly-charged one, because U.S. intelligence agencies allege that Russia interfered in the 2016 election to help Trump win. Russian denies any election meddling.

Trump has said it is in U.S. interests to establish a solid working relationship with Putin.

Trump and Putin also plan to hold a bilateral meeting on the sidelines of events in Paris on Nov. 11 to commemorate the centenary of the end of World War I.

Bolton, who was speaking at a news conference on a visit to ex-Soviet Georgia, said their Paris meeting would be brief.