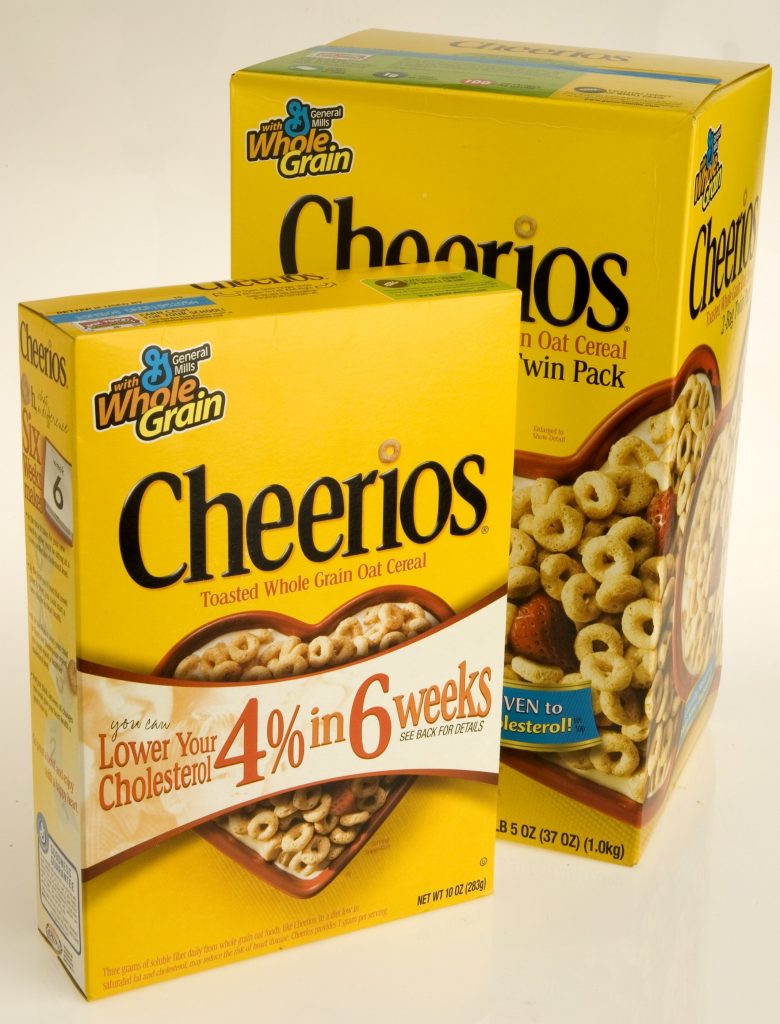 A national environmental research and advocacy group Wednesday issued a second report documenting traces of the herbicide Roundup in popular oat cereals such as Cheerios, saying that its presence in food creates an unnecessary cancer risk to children.

It is the latest development in a raging controversy over the most widely-used herbicide in the world, which most government regulators and food industry leaders say poses no health risk in the amounts that people get in their food.

“No question, our foods are safe,” said Michael Siemienas, spokesman for General Mills, the maker of Cheerios.

The Environmental Working Group (EWG), which uses science to advocate environmental policy changes, tested 28 food products containing oats. It found that all but two contained traces of Roundup, an herbicide made by Monsanto that is widely used on everything from food crops to backyard weeds.

The levels, though, were far below the concentrations deemed unsafe by state and federal regulators.

The products included items made by Quaker Oats, a subsidiary of PepsiCo, Inc., and seven different kinds of Cheerios.

Scientists at EWG say the amounts it found are higher than the level they believe is safe for children — 160 parts per billion per serving. But that level is much lower than other recommendations in the United States, including the one set by the Environmental Protection Agency.

“The EPA level is outdated and much too high to be protective of children’s health,” said Tasha Stoiber, a senior scientist with EWG.

But the question of how much of the herbicide in kids’ food is too much — and whether it’s a carcinogen at all — has become hotly debated among scientists and regulators around the world, with no clear answer. The EPA, for example, sets a legal limit of 30 milligrams per kilogram in food; the Minnesota Department of Health recommendation is much lower, though that covers safe drinking water, not food.

The controversy began in 2015 when the World Health Organization’s International Agency for Research on Cancer, or IARC, declared glyphosate a probable carcinogen. Monsanto launched a public relations campaign in response, arguing that its product is safe and that the organization had ignored other studies that proved it.

“Glyphosate has a more than 40-year history of safe and effective use,” the company, which is now owned by Bayer Crop Science, said in a statement Wednesday.

The IARC finding has also been disputed by other regulators in Europe. The Environmental Protection Agency last year launched its own review of glyphosate that is now open for public comment and is expected to be completed next year. But the review’s initial finding is that glyphosate is probably not a cancer risk. It based that conclusion in part on a study by the National Cancer Institute of 55,000 farmers and others who apply the herbicide regularly, which found no association between glyphosate and increased cancer risk.

Nonetheless, the finding by the IARC prompted California to list the herbicide as a carcinogen, and it launched thousands of lawsuits against Monsanto that are now playing out in a California court. In August, a jury found that Monsanto had failed to properly warn a school groundskeeper, who developed non-Hodgkin’s lymphoma, of the cancer risk. They awarded him $289 million, but the judge reduced it to $78.5 million.

The trial also exposed a trove of documents from Monsanto raising questions about the safety of its flagship product and the company’s research practices. The records suggested that Monsanto had ghostwritten research by outside academics, and showed conflicts within the EPA over its risk assessment. The company has said the documents were taken out of context.

EWG, however, says that no amount of the herbicide in food should be acceptable.

“We don’t think it belongs in cereal,” said Stoiber.

Glyphosate is used on oats just before harvest as a drying agent, she said. But, she said, companies like General Mills and Quaker Oats have alternatives, including using organic oats, which are not grown using chemicals. “We are asking companies to step up to get this [chemical] out of oat-based products,” Stoiber said.

Siemienas said that General Mills works with all its suppliers to minimize the use of dangerous chemicals.

“We far exceed the levels that are set for safety by [the Food and Drug Administration] and the EPA,” he said.