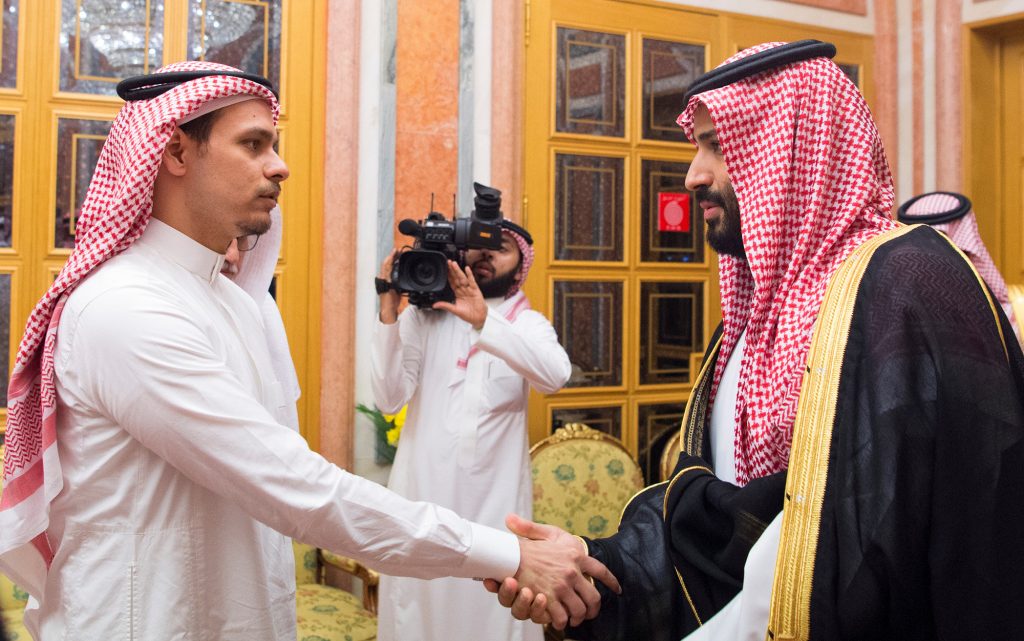 Human Rights Watch says Jamal Khashoggi’s son has left Saudi Arabia and is on his way to the United States.

Sarah Leah Whitson, the executive director of Human Right’s Watch’s Middle East and North Africa division, said that Salah Khashoggi and his family left the Saudi capital of Riyadh on Thursday after a travel ban on him was lifted.

Turkish officials say his father Jamal, a Washington Post columnist who was critical of Saudi Arabia’s crown prince, was killed by Saudi agents October 2 when he entered the Saudi consulate in Istanbul.

The kingdom has faced intensifying international pressure to be transparent about the death of Khashoggi. Saudi prosecutors said Thursday that Turkish evidence shows the slaying of journalist Jamal Khashoggi was premeditated.