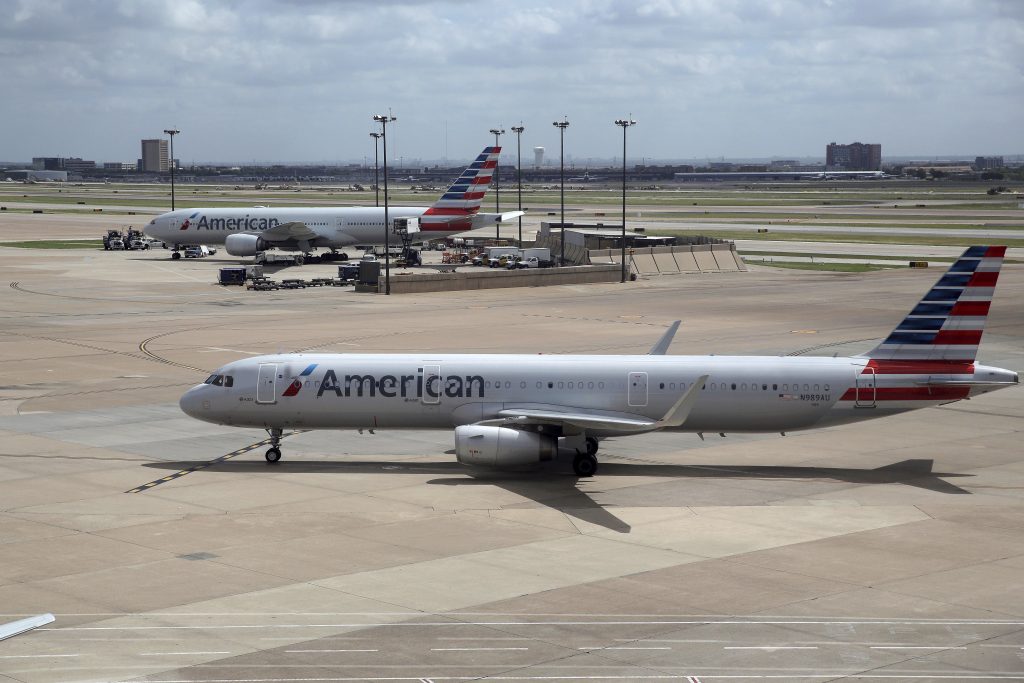 American Airlines is struggling more than Delta and United to pass higher jet fuel costs to passengers, and it has dropped far behind its rivals in profits.

All airlines are facing a strong headwind from fuel prices that have surged by more than one-third in the past year. In the third quarter, American recovered just 40 percent of that increase with higher prices, say executives.

By comparison, United Airlines says it is tapping customers for the entire amount of higher fuel costs, and Delta says it is passing about 85 percent of the increase on to customers.

“Our revenues are up, but not as much as those two airlines,” American CEO Doug Parker said Thursday. Delta in particular is doing a better job of selling premium offerings to passengers, he added, while promising that American would get better at it.

Parker made the comment after American Airlines Group Inc. reported a third-quarter profit of $341 million, down 48 percent from a year ago. Delta earned $1.3 billion and United earned $836 million in the same period. Both reported higher earnings than a year earlier.

The good news for American is that travel demand remains strong. Despite the cancellation of more than 2,000 flights in September because of Hurricane Florence, American’s revenue rose 5 percent to $11.56 billion, a company record.

But American’s fuel expenses jumped by more than 40 percent, an increase of about $750 million from a year earlier.

The airline is responding by trimming plans to expand passenger-carrying capacity, canceling unprofitable flights like those between Chicago and China, delaying delivery of new planes, and cutting at least 100 management jobs. The airline also believes it can find $1 billion in new revenue, much of it by selling upgraded “premium economy” seats on international flights and no-frills “basic economy” on more U.S. and international routes.

Parker said he was confident that the moves will produce an upturn in earnings next year. That was welcome news to some investors.

“I was very pleased to hear that,” said Chris Terry, portfolio manager at Dallas-based Hodges Funds, which owns about 275,000 shares of American. “They are not just sitting back and waiting on things to happen.”

American predicted that a key measure, revenue for each seat flown one mile, will rise by between 1.5 percent and 3.5 percent in the fourth quarter. Executives declined to say how much of that boost was coming from credit card deals and hauling cargo, two areas where American’s revenue is growing rapidly.

Still, the outlook excited investors, who pushed American’s battered shares up by $2.12, or 7 percent, to $32.46 in late-morning trading. The shares began the day down 42 percent, the worst performer among major U.S. airline stocks.

Excluding non-recurring items, American earned $1.13 per share in the third quarter, matching the forecast of 16 analysts in a FactSet survey.