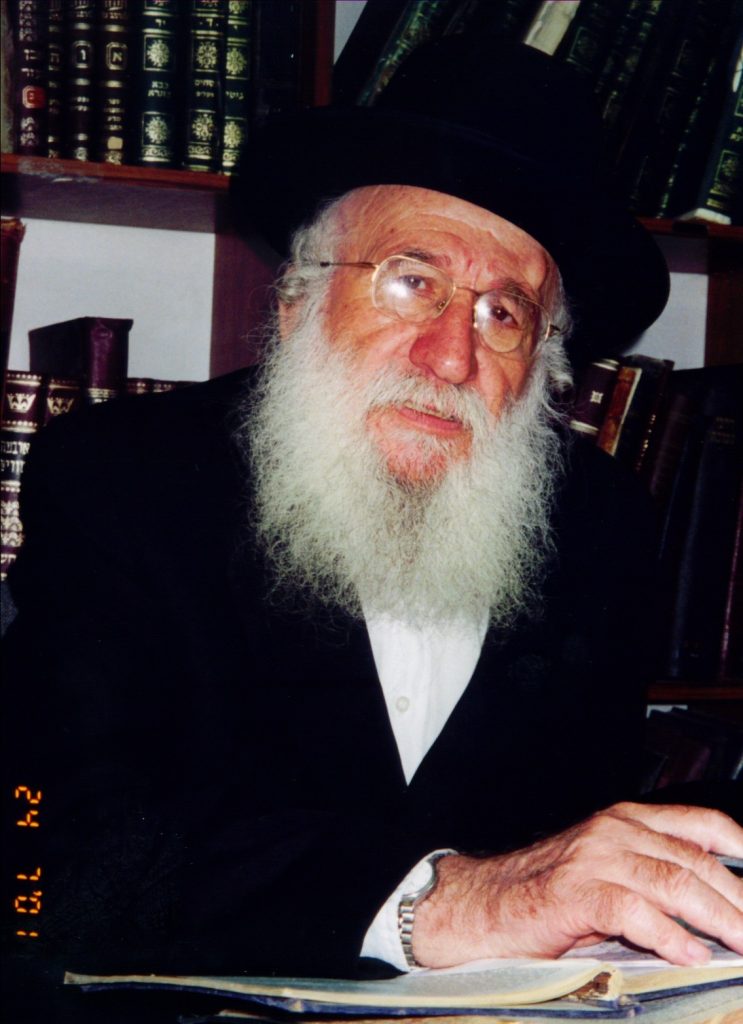 Harav Halperin, 86, has been known for over 50 years as the foremost halachic authority in all fields of science and technology in the light of halachah. He is known throughout the world as a unique authority in all the halachic questions that are constantly arising as a result of the accelerated technological development. His unique research and halachic rulings are accepted by all sectors, and foremost among all the Poskim of the last generation.

Harav Halperin was the author of dozens of sifrei halachah on these topics.

At the same time, he was also the pioneer in practical rulings with all the challenges of the times and the solutions and technological applications in the light of halachah. With his guidance, hundreds, perhaps thousands, have developed innovative and original solutions that enable the observance of halachah while still enjoying the advances of the technological era.

He was one of the founders of Machon Mada’ei Technology L’Halachah, in Bayit Vegan in Yerushalayim.

One of the most impressive chapters in his life is the tremendous project to transform the Israel Electricity Corporation’s activities on Shabbos and Yom Tov into full automation and the production of kosher electricity. This was the initiative of Harav Halperin, zt”l, who for 20 years worked in full and close cooperation with the heads and senior officials of the Israel Electric Corporation, with the encouragement of all the Poskim of the last generation. With the help of a team of engineers, who worked  under his close guidance over the years, they succeeded in generating great achievements and reducing the chillulei Shabbos significantly, with the hope to complete the entire project without chillul Shabbos.

Despite his age, Rav Halperin was devoted to the public and came daily to the Institute. Last year, he tripped when he left the Institute. He received emergency treatment on the spot, before being rushed to Shaare Zedek Hospital.

Over the year, many tefillos were held on his behalf, but he returned his neshamah to its Creator on Thursday morning.

His levayah was held on Thursday morning, to Har Hamenuchos.

Rav Halperin is survived by, lhbch”l, his Rebbetzin, children, grandchildren and great-grandchildren.