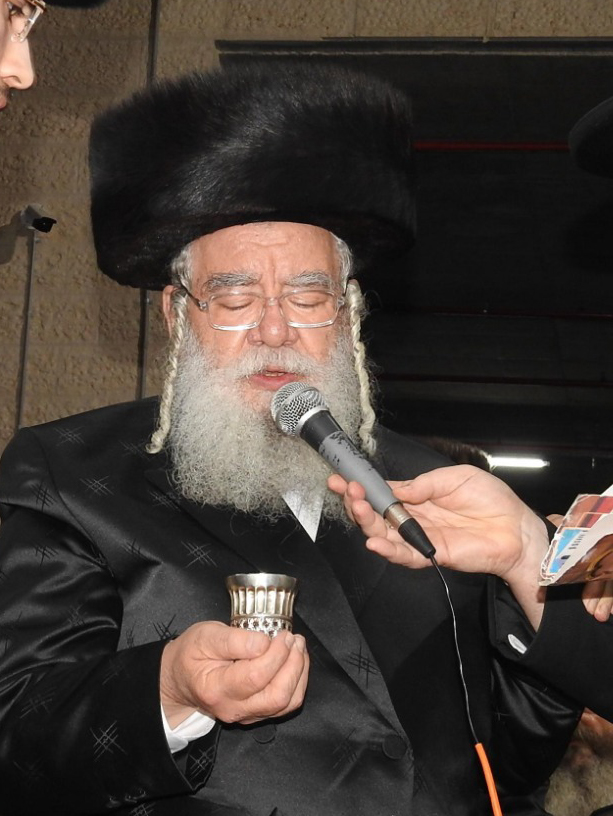 The chassidic world was plunged into mourning with the petirah on Thursday morning of Hagaon Harav Nosson Yehudah Leib Mintzberg, zt”l, Manhig of the Masmidim community. Harav Mintzberg, 75, was niftar in Yerushalayim’s Shaarei Zedek Hospital.

Harav Nosson Yehudah Leib Mintzberg, known as Reb Leibel, was born in Kislev 5703/1942, in Yerushalayim, to his parents, Reb Elimelech, Hy”d, and Rebbetzin Rivkah, a”h. His father was killed during the Israeli War of Independence when a shell was launched at him in the Beis Yisrael neighborhood.

As an orphan, he grew up in the home of Hagaon Harav Yisrael Yitzchak Reisman, zt”l, noted Dayan of the Eidah Chareidis.

At the age of just 16, Reb Leibel was appointed as a Madrich in Yeshivas Hamismidim, which was led by Hagaon Harav Avraham Leib Klein.

When he came of age, Reb Leibel married, tblch”t, Rebbetzin Chanah, the daughter of Harav Eliezer Dovid Brand, one of the heads of Machon Otzar Haposkim.

With time, Reb Leibel expanded the Masmidim community, which now numbers in the hundreds of families, in Yerushalayim, Bnei Brak, Beitar, Modiin Illit, Beit Shemesh, Teveria and elsewhere. The community also has yeshivos and kollelim with hundreds of talmidim.

Many of the shmuessen of Reb Leibel have been published under the name Ben Melech, with over 20 volumes published on the Torah and Yamim Tovim.

Reb Leibel is survived by, yblch”t, his Rebbetzin, 10 children, many grandchildren and great-grandchildren.

His levayah was held Thursday afternoon from the Masmidim beis medrash in Yerushalayim, to Har Hamenuchos.